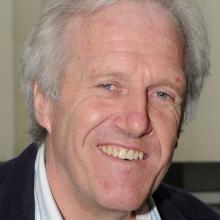 Brian Cox
Intended changes to the cervical cancer screening programme could harm women and leave them more at risk from the disease, University of Otago researchers say.

New Zealand has had a national cervical screening programme for decades, which is credited with a 60% fall in cervical cancer rates since 1990.

New Zealand is yet to embark on a five-yearly HPV screening policy.

In July the Ministry of Health announced it would stagger the timeline to introduce the programme, with parts of it starting in 2019 and a full transition to HPV primary screening likely to start in 2021.

"They shouldn’t introduce it at the moment and they should certainly rethink it," Prof Cox said.

"There are ways of introducing a new screening programme safely, but if you just replace one with the other you will never know."

Prof Cox said his and Dr Sneyd’s study — published in the Journal of the American Society of Cytopathology — had found the effectiveness of the HPV test to detect high-grade cancer-causing abnormalities had been inflated in the Australian simulation study.

Prof Cox said he and Dr Sneyd’s evaluation of the Australian data showed there had actually been a reduction in protection from cervical cancer for Australian women.

He warned it was likely New Zealand women would  see similar consequences if five-yearly testing was introduced.

"The medical principle of ‘first do no harm’ should be foremost, so that no increased risk to women occurs from replacing three-yearly cervical smears with five-yearly HPV testing ."

HPV testing and smear testing could be run simultaneously and a proper assessment made of protection levels at three years and five years, Prof Cox said.

"Changing the test and expanding the timeframe all at the same time is very risky," he said.

"If it is a better test, you would expect over a three-year period you would get better results than the current smear test."

"Continuing to have regular screening every three years offers women the best protection by detecting changes that could indicate an increased risk of developing cervical cancer," she said.

"New Zealand has one of the most successful cervical screening programmes in the world, so we need to make sure improvements to the programme are carefully rolled out to protect the integrity of the programme."