If the South is to reach a 90% vaccination rate, carefully considered and targeted whanau-centric information must be the focus, Maori health professionals say.

While the Southern region has some of the highest rates of vaccination in the country there remains a gap between numbers of European, Pasifika and Maori lining up to receive the jab.

The latest Ministry of Health data shows 81.9% of the Southern DHB’s eligible European population had had their first dose of the vaccine and 54.9% their second.

In comparison, 63.9% of the southern Maori population had received their first dose, and 40% their second.

Of the southern Pacific population, 81.9% had had their first dose and 50.8% their second.

Kaumatua Matapura Ellison, from Kati Huirapa Runaka ki Puketeraki, said the willing had already got themselves vaccinated, so it was now a matter of targeting people in specific ways. 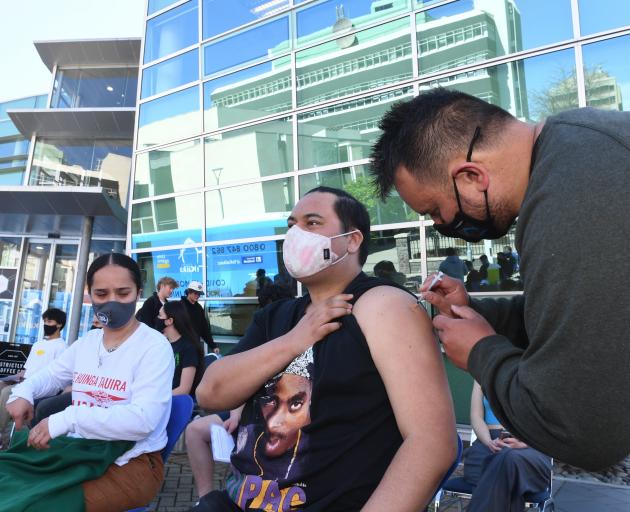 "One of the things I’m hearing is that some of these Pasifika and Maori populations are not warming to the public health broadcasting messages. We’ve got to keep looking for more direct ways to increase uptake of the vaccine, which means providing less of a blanketed response, and more of a discrete, targeted approach.

"The way I see it, whanau-centric is the way to go. We need to ensure we are empowering people about what they can do as leaders in their families. We’re not there yet, but that’s where we’re moving to."

The call for nuance came following the recent change of course in government strategy from a focus on elimination to living with the virus.

This included providing access to both booked and walk-in clinics. An information roadshow with health experts travelled around the district to provide Q&A sessions for the community and clinics partnered with other local organisations which proved an invaluable way of reconnecting people with health and social services, Ms Todd said.

including Dunedin organisation Te Kaika's multiple drive through and walk-in clinics and its vaccination bus which was targeting suburbs of Dunedin with a high Maori population.

Maori health providers were focusing on vaccinating at workplaces with a high number of Maori staff, such as freezing works.

Outreach Services in the home were provided to those who were unable to attend vaccination clinics.

Maori vaccination rates in the Southern region were tracking slightly higher than the national figure, but they were still lagging behind other groups, Ms Todd said.

"We know we still have a lot of work to do, and continue to improve and to support our providers across the district to protect as many people as possible."

The focus for a group of Maori healthcare services operating across the southern region was now turning to utilising existing relationships with GP practices, schools and workplaces, leveraging the trust of those in the whanau community, a spokeswoman said.

"It’s important to realise that many families do not have access to the resources needed to book vaccinations, cars, or sometimes even GPs.

Te Kaika principal iwi adviser Matt Matahaere said with the right information, "if we korero with our whanau", people would get vaccinated if they had the opportunity.

Education and trust was key.

"We have the bus, so it’s easiest to bring the vaccinations to the community to provide that opportunity. It’s very out there, it’s in front of you."