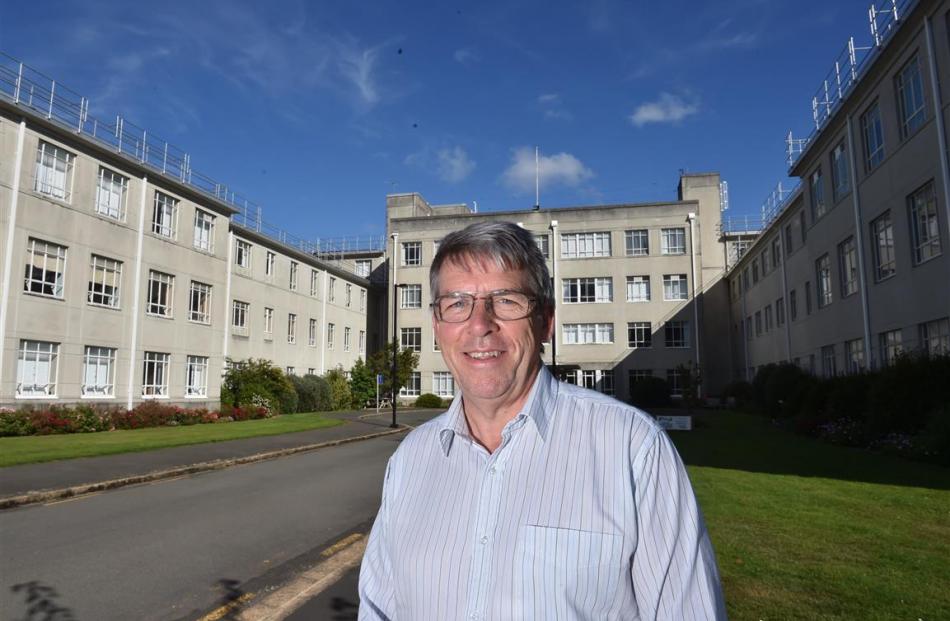 The appointment of a prominent Canterbury health leader as chief medical officer at Southern District Health Board surprised a few people in the health sector. Health reporter Eileen Goodwin spoke to Dr Nigel Millar about why he made the move.

Appointing Dr Nigel Millar as chief medical officer at the Southern District Health Board was something of a coup for the struggling organisation.

In an interview a few weeks into his new job, Dr Millar is keen not to overstate the board's problems, but acknowledges staff have welcomed his arrival.

‘‘People say: ‘Oh', and they seem to be quite pleased I'm here. No-one's complaining.

‘‘I can see some opportunities to help people here, see the way forward, to get to a more sustainable model.''

Those who know Dr Millar (59) describe him as clever, with a forceful personality which can become dismissive in a disagreement.

Bemused, Dr Millar jokes that perhaps he has been too formidable for people to raise the issue with him directly, but in typically pragmatic fashion, says it is ‘‘useful feedback''.

‘‘My aim is to be approachable.

‘‘One's never going to agree with everyone, and I suppose I'm quite articulate in a discussion.

‘‘I don't really want to be telling people what to do.''

Dr Millar is a geriatrician, a specialist who works with older people, and he plans to carry out clinical work alongside his leadership role. Working with older patients involves contact with almost every department in the hospital.

‘‘I love working with older patients. Their view of life is very different, very practical.

‘‘In some circumstances now, in some services, the normal patient is a frail old person.''

Originally from Newcastle, England, Dr Millar worked at Canterbury for 24 years, the last 13 years as chief medical officer. Considered a successful health board, Canterbury has produced a handful of prominent clinicians and managers who have gone on to national leadership roles, including Chai Chuah, now the director-general of health in Wellington.

Canterbury has taken the isolated West Coast District Health Board under its wing (it is not a ‘‘takeover'', Dr Millar says), and most notably, got hospitals and GPs to work together in Canterbury.

‘‘We talk about the Canterbury health system, not the DHB. The DHB is part of the deal.

‘‘We got in the habit of disagreeing on things, but agreeing to come back to the table.''

Other boards, not least Southern, aspire to the lack of fragmentation that got Canterbury health through the earthquakes unscathed aside from the bricks and mortar damage.

‘‘Nothing's ever perfect, nothing's ever finished, but some good things have happened in Canterbury,'' Dr Millar says.

While anxious not to take too much credit, with Canterbury ‘‘going well'', it was time for a new challenge.

‘‘I can see that people are frustrated here [at Southern], and they've been finding it tough.''

Dr Millar is not keen to dwell on Southern DHB's well-publicised woes. Specialties such as intensive care and orthopaedics are under pressure, affecting their ability to adequately train specialists, in turn putting more pressure on the departments because trainees take on part of the workload.

Fresh concerns expressed by senior doctors about workload in the Dunedin Hospital intensive care unit are being addressed, he says.

‘‘I think it's a challenge; the ICU here has been under pressure because of the size issues, geography.

‘‘It has some pressures on staffing to do with the workload they've got.

‘‘It's a challenge to run ICU in a hospital this size.''

He steers the interview back to challenges facing health which are not unique to the South. A member of the National Health IT board, Dr Millar says the big promises around electronic information sharing are finally starting to be realised.

Ultimately, he wants patients to access their health records through electronic portals to update them, allowing them to make more decisions. This will form part of a redesigned health system in which hospitals play a smaller role.

‘‘In the 20th century, hospitals replaced railway stations as the cathedral of a city.

‘‘Hospitals became the icon of a city. Hospitals are important, no doubt about that, but it's coming to a point where ... we have to be smarter than that.

‘‘A lot of things we do in hospital we could either avoid doing, if we got it right in the first place, or maybe we could do them closer to people's homes.''

An important difference between Canterbury and Southern, he says, is that the former is largely an urban health board. Geographically, Southern DHB was equal to about three-quarters of the size of mainland Ireland.

Asked about the 2010 neurosurgery debate, in which Canterbury unsuccessfully tried to centralise the entire service in Christchurch by claiming it was clinically safer to have South Island neurosurgery in one place, Dr Millar argues the position taken by Canterbury was reasonable.

He acknowledges a ‘‘creative solution'' was found that allowed Dunedin to keep its portion of the service by establishing an academic chair in neurosurgery at the University of Otago.

‘‘Canterbury had a view, and after the discussions, it was changed.''

He maintains that the inherent problem of how to provide high-level services to smaller populations remains, although there is no immediate threat to Dunedin neurosurgery.

‘‘I think it will remain a continuing discussion because it is challenging to run neurosurgery services in small centres, but if we can do it, great.''

Before his arrival last month, no-one had held the CMO job for more than eight months. He became interested in the job after coming to Dunedin a couple of times to present a leadership and development programme (developed in Canterbury) for staff, and was impressed by their positive attitude.

•Plans to continue clinical work as geriatrician alongside leadership role.

•A member of the National Health IT Board; wants to see role of IT in health increase.