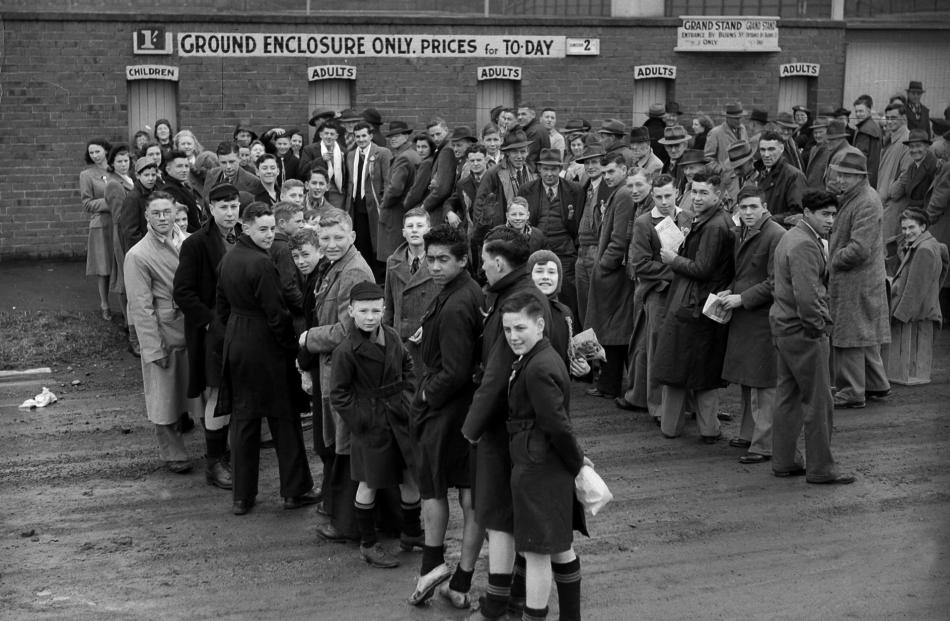 The Turnstile Building in its heyday, with fans waiting to get into the ground for Otago's first defence of the Ranfurly Shield in 1948. PHOTO: ODT FILES 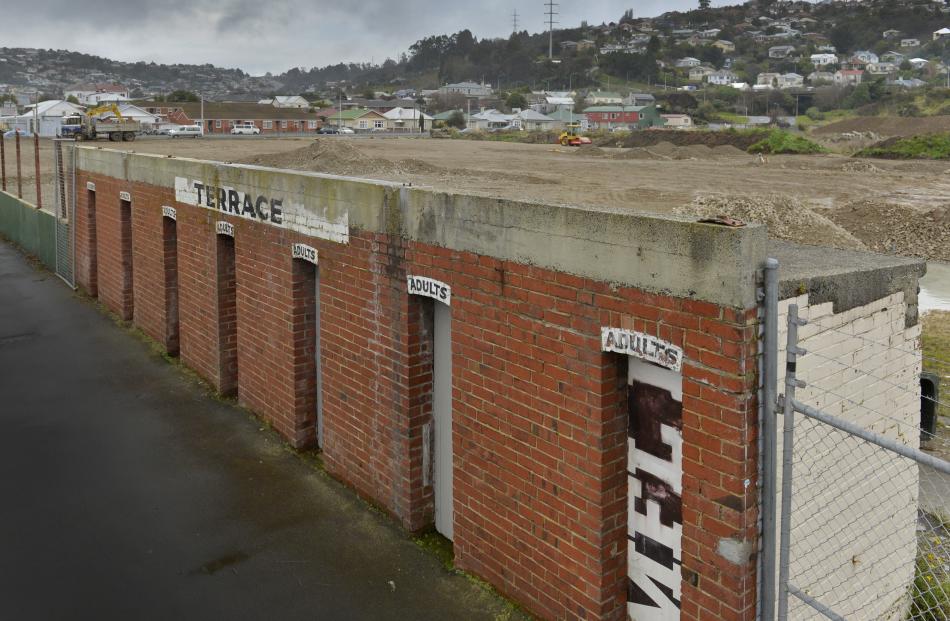 The Carisbrook Turnstile Building in Neville St as it is today.PHOTO: GERARD O'BRIEN

Carisbrook as Otago's premier sporting venue may be a distant memory, but the old turnstile building in Neville St remains solid and protected.

And if a proposed ``Pocket Park'' goes ahead, the Dunedin City Council-owned old brick structure and its immediate area will become a place for people to learn about the old ground's historical and cultural significance and its important role in the sporting history of Otago and New Zealand.

When Carisbrook was registered by the Historic Places Trust in 2008, it was given a Category 1 listing, the highest possible status.

But the listing was limited to the pitch and the Turnstile Building because the future redevelopment of the ground was anticipated at that time.

Since then, Dunedin's famous ground has been replaced by the Forsyth Barr Stadium and Carisbrook itself has been sold for redevelopment, dismantled, its grandstands and buildings demolished and its hallowed turf removed.

This led Heritage New Zealand to reconsider Carisbrook's heritage listing and its extent.

A recently completed review concluded the old Turnstile Building had ``sufficient heritage values to be included on the list as a Category 1 historic place, representing the important history of the Carisbrook sports ground''.

It recommended Carisbrook's list entry be varied by reducing its extent to include only the Turnstile Building and its associated immediate surrounding area.

The Turnstile Building could adequately reflect Carisbrook's historical significance relating to its more than 120 years of sporting history and events, its cultural significance and its social significance, which recognised the importance of Carisbrook as a venue and ``a site with its own social character''.

That significance remained in the history of the place ``but not in the place itself'', the report said.

It also commented on the special significance of Carisbrook's history as a venue for provincial, national and international sporting fixtures.

``It was an iconic sports ground which saw countless high level games since 1880'' and served as a base for cricket from 1874 and rugby from 1886.

Carisbrook was recognised as having ``its own social character and atmosphere''.

The former sporting venue and its associated mythology had outstanding significance in the public imagination and contributed to New Zealand's national identity, the report said.

``Carisbrook is a place where the provincial identity of Otago was expressed (including the tough reputation of the ground and the often inclement conditions) and it had an important history as one of New Zealand's most significant provincial sporting venues.''