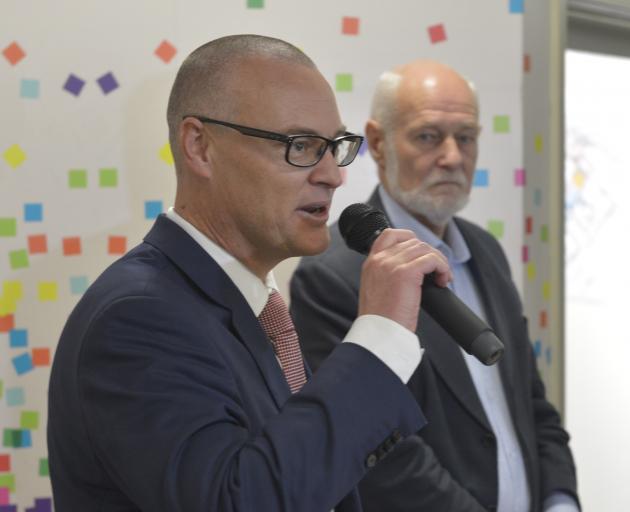 "He has been, in my view, a very successful minister of health and I am hoping he will be a successful cabinet minister on the return of the Government."

Mr Hodgson, who was appointed by Dr Clark to lead the rebuild of Dunedin Hospital, was confident the project would still have strong support from the Government despite Dr Clark’s resignation yesterday as health minister.

"The needs have been well-established within the Government.

"I don’t anticipate that the Dunedin hospital will have its progress impeded at all."

Dr Clark’s replacement, Chris Hipkins, has been appointed to the role until the election.

Yesterday he said Dr Clark had left him plenty of work to be getting on with.

"I think he has been doing some outstanding work in mental health, and I want to make sure that we do not lose any momentum in that area."

National health spokesman Michael Woodhouse — who will once again stand against Dr Clark in the Dunedin seat in the September election — said Dr Clark should have resigned weeks ago.

"David Clark has been disengaged from his role, disinterested and clearly not delivering what New Zealanders expect of him," Mr Woodhouse said.

Ms Ardern had "almost begrudgingly" accepted Dr Clark’s resignation, and the appointment of the Minister of Education to also cover health was unprecedented, he said.

"That speaks volumes about the lack of depth in Cabinet."

"Successful"..at what? The hospital rebuild was a national party project that was underway prior to Mr Clark taking over. Maybe Pete means he was successful at waving the red flag and virtue signalling?