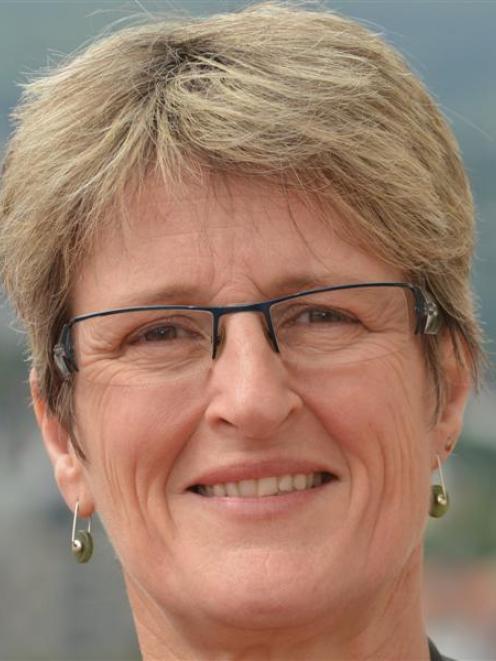 Sue Bidrose
Hundreds of Dunedin City Council staff have been treated to a budget-conscious Christmas party, with senior managers picking up the booze bill themselves.

Staff gathered at the Dunedin Public Art Gallery on Thursday night for an end-of-year party funded by ratepayers.

However, once there, they were treated to free nibbles and entertainment only, not alcohol, council chief executive Dr Sue Bidrose said.

Instead, the council's senior managers met the cost of alcohol personally ''to thank staff for another year's hard work'', she said.

The exact numbers of those who attended was not known, but the event was open to all staff and catering was based on 350 people attending, she said.

With managers picking up the bar bill, the cost to ratepayers was expected to be about $2530, which was ''very similar'' to last year's Christmas party, which cost $3248, Dr Bidrose said.

Mayor Dave Cull, councillors and members of the council's executive leadership team, together with their partners, had earlier enjoyed a Christmas function in Middlemarch last Sunday, Mr Cull confirmed.

However, the outing combined a Christmas function, team-building exercise and familiarisation trip for new councillors, as well as acting as a fundraiser, Mr Cull said.

The group took a train to Pukerangi - provided at no cost by the Taieri Gorge Railway - then walked or rode on the rail trail, on bikes hired from a Dunedin business at a cost to the council of $360, he said.

A barbecue dinner was held in a stone barn in Middlemarch, at a cost to the council of $875, he said.

The dinner was provided by the Middlemarch Swimming Club as a fundraiser, and was partially BYO, he said.

The group was then taken back to Dunedin by bus, the hiring cost for which was yet to be confirmed, he said.

Mr Cull said the council had received ''a lot of bang for our buck'' from the Middlemarch trip, which helped the council and a community group, plus introduced new councillors to a different part of their city.

The council, as an good employer, wanted to acknowledge the festive season without ''penny-pinching'' but while being responsible, he said.

''Clearly we are being very prudent, as we should be,'' he said.

Dr Bidrose said individual council departments would also hold their own functions, such as end-of-year lunches, but no budgets were allocated and they were expected to pay for those themselves.