Firefighters and a hazmat command vehicle have descended on a South Dunedin building after an incident involving a "highly toxic" chemical.

Several crews were at the scene on Glasgow St where at Blis Technologies.

A Fire and Emergency New Zealand (Fenz) spokeswoman said the chemical had not spilled and it was not a major incident. 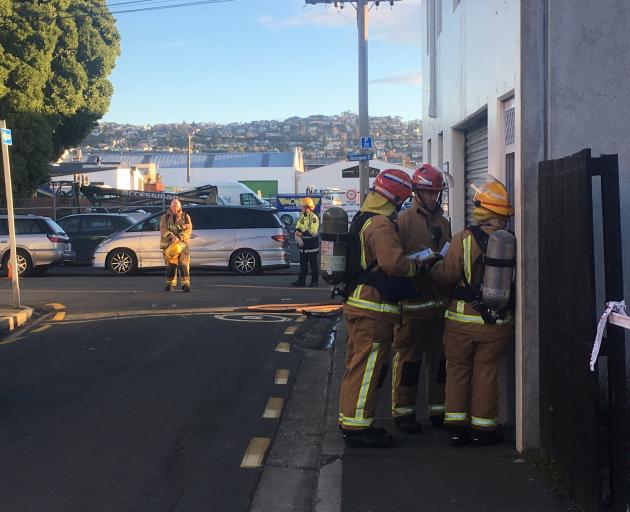 Several fire crews at the scene on Glasgow St where a chemical was spilled at Blis Tech. Photo: George Block

The chemical was in a container, but Fenz was called over concerns it was "starting to react".

Firefighters were assisting at the scene and were also asking for advice about the nature of the chemical.

Firefighters have widened the cordon around the building, but nearby King Edward St remains open.

A firefighter at the scene said the chemical was "highly toxic".

A hazardous chemical specialist was understood to be on the way to the scene.

Two staff from the building had been seen exiting building.