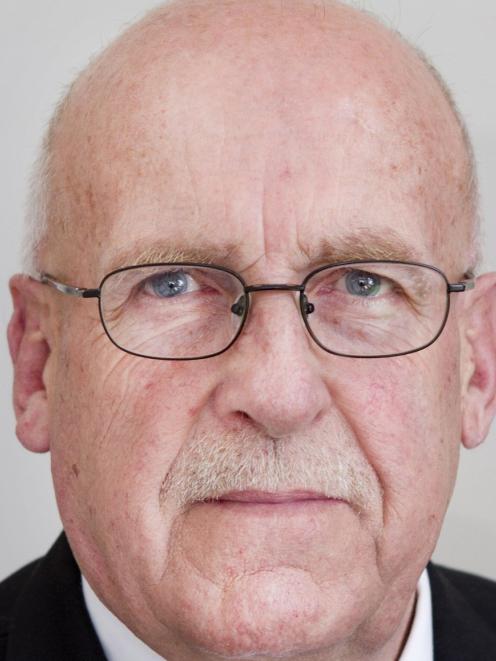 But to underscore his point, Cr Benson-Pope has fired off another one - this time requesting the cost of all the requests.

The latest salvo came after Cr Lee Vandervis made public an email exchange with Crs Benson-Pope and Richard Thomson, copied to other councillors and staff, earlier this week.

In it, Cr Vandervis was ridiculed after using the Local Government Official Information and Meetings Act to ask for all information relating to a car's number plate.

Cr Thomson replied, suggesting he would ask for the cost to the council, in staff time and money, of all Cr Vandervis' requests, before backtracking.

''On second thoughts, please don't. I'd prefer you got on with running a city,'' Cr Thomson wrote to council staff.

That did not stop Cr Benson-Pope, who chimed in with an email lodging a request for the costs anyway.

Contacted yesterday, Cr Benson-Pope said his request was serious and he wanted it tabled at the next finance committee meeting.

It was hoped that would ''clear the air'' and stop the practice, ''because what's going on is just stupid'', Cr Benson-Pope said.

''I've been concerned for some time that a huge amount of staff time and money is being wasted chasing ghosts, or imagined ghosts.

''I'm not sure you can stop people doing something that's legal, but I want to see if we can find a way to stop an incredibly wasteful process in terms of time and staff money.''

The ''completely unacceptable'' approach was also ''counterproductive'', as requests for wide ranging information risked alerting anyone who was up to no good, Cr Thomson said.

''If someone is doing something wrong, you run the risk of tipping them off,'' he said.

''That just leaves staff in an impossible position.''

Cr Vandervis did not respond to ODT requests for comment yesterday.

In his emails, published online, he blamed a lack of information coming from council staff for the ''tedious'' need to resort to Information Act requests.

That included the council's decision not to release a full, unredacted copy of Deloitte's investigation into the Citifleet fraud, he said.

''I will continue to carry on in the manner I believe to be appropriate, and I do not seek any advice on my manner from of you,'' he shot back at Cr Thomson.

Council staff said Cr Benson-Pope's request would receive a response within 20 working days, but it was more difficult to stop someone - even a councillor - from bombarding the organisation with requests.

The test to declare someone frivolous or vexatious, under guidelines set by the Office of the Ombudsman, was ''really high'', council corporate services group manager Sandy Graham said.

Council staff were also unlikely to charge a councillor for any request, preferring to work with them to refine their requests where possible, she said.

Cr Benson-Pope said the repeated requests were ''incredibly wasteful'' of staff time and money, and he found it ''inconceivable, really'' that councillors were resorting to such tactics.

He hoped his own request would not require detailed work by staff, ''because I don't want to compound the nonsense''.

''It's the great irony, isn't it? The people who slap the table and constantly rabbit on about saving money are wasting a heap of money, I think.''