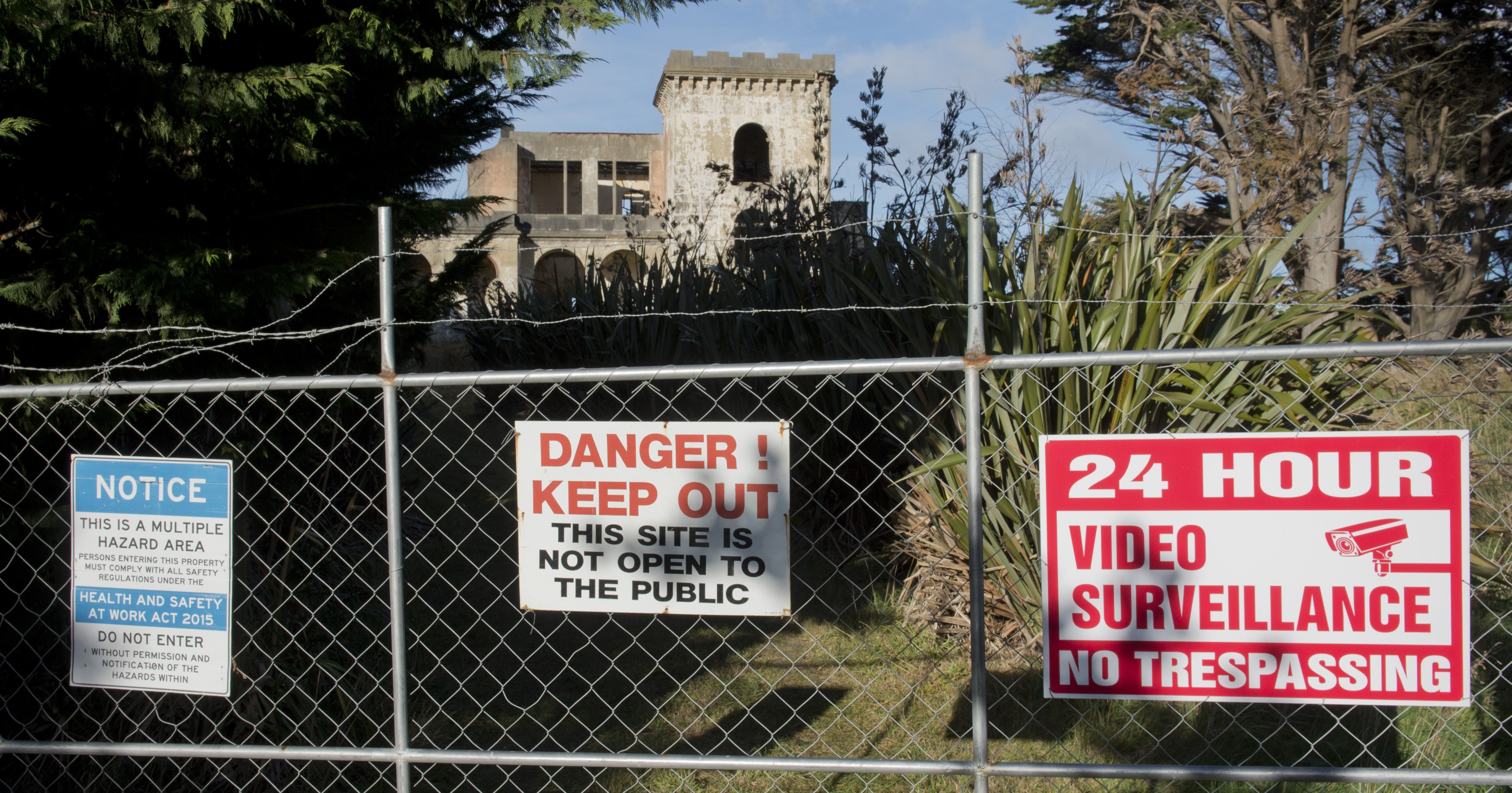 Signs outside Cargill’s Castle warn visitors against entering. PHOTO: GERARD O’BRIEN
Trespassers beware - if you take an unauthorised trip to a Dunedin castle, you may find yourself becoming one of Cargill’s Most Wanted.

Fed up with unwanted visitors, the Cargill’s Castle Trust is taking measures to keep members of the public off the St Clair property.

It hoped the introduction of social media posts titled ‘‘Cargill’s Most Wanted’’, with security camera images of the unwanted guests at the castle attached to help identify them, would deter trespassers from the heritage landmark.

A trust spokeswoman said five to six groups of people, many believed to be students, were entering the premises each week.

‘‘It’s absolutely astounding how many are coming up each week.’’

While most were visiting to satisfy their curiosity, regular visits were hindering efforts to reopen the castle. 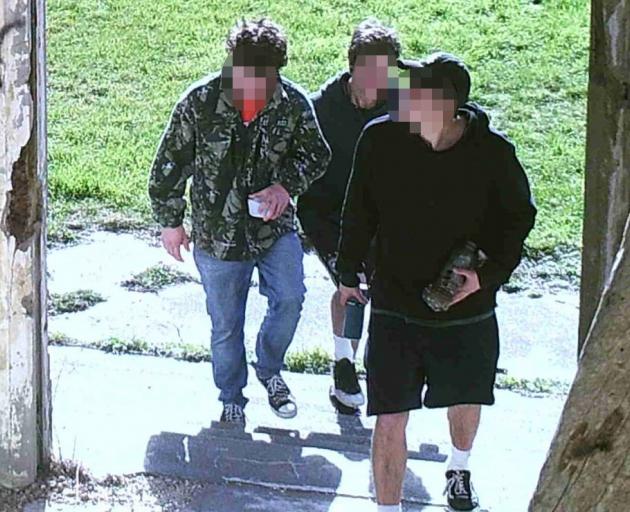 Security footage captured by the Cargill’s Castle Trust is being shared on social media in hopes of identifying trespassers. PHOTO: SUPPLIED
"Constant visitors, some of which are destructive, means we need to funnel money we raised into making the site secure and not into the stabilisation project.

‘‘It is also surrounded by neighbours and people are entering their private property to gain access.’’

Regular tagging of the castle and the lighting of fires was causing further problems for the trust.

‘‘Our most recent incident of vandalism was a week or two ago, which will be reported to the police.’’

Security cameras installed on the property in September last year were capturing the faces of groups, but without knowing who the people in the images were it was hard to do anything.

Trespass notices had to be handed over physically, which the trust could not do.

‘‘We’ve got signs, gates, fences with barbed wire and cameras, yet they still come.

‘‘We’ve got to deter people, and if asking the public to identify them on Facebook is the action we have to take, we will do that.’’

Five people had been identified from the first post.

‘‘All we’re asking is that people do not visit the site. It’s private property, it’s very dangerous, and we’re working to get it open so people don’t have to break the law to have a look around.’’

The trust was hoping to reopen Cargill’s Castle to the public next year, and was working on getting the structure stabilised and safe for entry.

‘‘Every visitor pushes us back in our plans to open the place up.’’