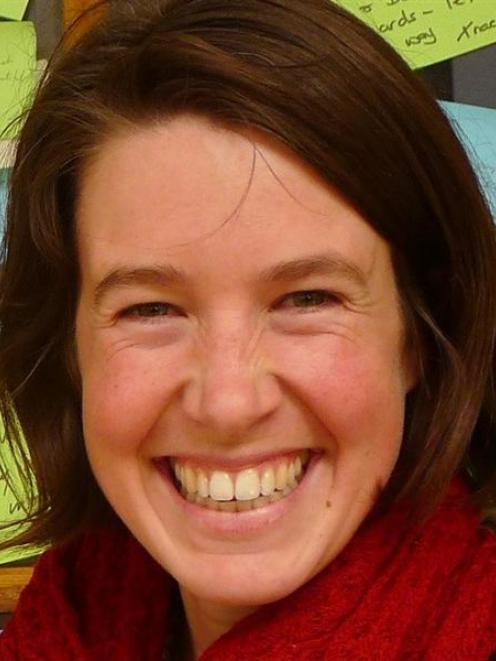 Jinty MacTavish.
Dunedin Mayor Dave Cull may not be meeting the Dalai Lama next month, but one of his councillors said it would be a ''privilege'' if she could do so.

Cr Jinty MacTavish said yesterday it would be ''deplorable'' if the city's economic interests in Shanghai changed the type of welcome the Tibetan spiritual leader received in Dunedin next month.

She had contacted organisers of the Dalai Lama's visit to ask if she could meet him, in her official capacity as a city councillor, instead of Mr Cull.

She had informed Mr Cull of her offer, and had been told it was ''each councillor's decision the way they would approach the situation''.

Her move came after Mr Cull on Monday confirmed he had declined an invitation to introduce the Dalai Lama at a public talk in Dunedin next month, as he had ''some meeting'' in Wellington to attend.

He also said he was ''quite conscious'' of Chinese sensitivities about the Dalai Lama, but denied sidestepping the talk to avoid any backlash threatening the city's burgeoning economic links with Shanghai.

Last night, Mr Cull said he remained unavailable for the Dalai Lama's talk, but acknowledged the visit was ''significant and special'' for many people in Dunedin. It had been felt - with deputy mayor Chris Staynes also ''unavailable'' - the city would be without an ''appropriate level of representation'' to mark the visit, but that could yet change, he said.

''It's quite possible there will be a councillor representation, by way of a meeting, welcome or a whatever, on behalf of the city or council,'' Mr Cull said.

However, his decision to skip the event was criticised by tour organiser Neil Cameron, a trustee of the Dalai Lama Visit Trust New Zealand, yesterday.

Mr Cameron said in a statement Mr Cull had shown initial interest in the visit during a meeting with Dunedin-based organisers last September.

That had suggested the city would be as receptive as in 1992, when then-mayor Richard Walls met the Dalai Lama in the council chambers, and in 1996, when then-mayor Sukhi Turner met him twice, Mr Cameron believed.

However, Mr Cull appeared to have performed ''a complete U-turn'' in the months since the meeting, Mr Cameron said.

''We only issued the invitation to the mayor to join us as his [Dalai Lama's] guest as a result of that meeting. The feedback suggested ... we were welcome.

''We are, to be frank, completely surprised at the turnaround.''

He suspected Mr Cull must have been briefed about China's policy on Tibet and the Dalai Lama, either by the Ministry of Foreign Affairs and Trade or Chinese officials.

Mr Cull said last night the claim was ''mistaken'' and the change reflected only his unavailability.

On Monday, he denied receiving any outside advice or requests from China, or from Chinese officials in New Zealand, about the Dalai Lama's visit.

An Mfat spokesman said last night the ministry had ''periodic dialogue'' with mayors on matters of international relations, but had not advised Mr Cull ''on whether or not he should attend the Dalai Lama's speaking engagement''.

Mr Cameron and University of Otago politics senior lecturer Dr Nicholas Khoo, a China foreign policy expert, on Monday both suggested Mr Cull appeared to be putting economic interests ahead of a meeting with the Dalai Lama.

However, whether Chinese officials were asking mayors not to meet the Dalai Lama, or whether mayors were instead exercising a form of self-censorship by not doing so, was a ''tricky question'', Dr Khoo said.

''We don't have evidence either way, so we simply can't say.''