Keg party going ahead this weekend 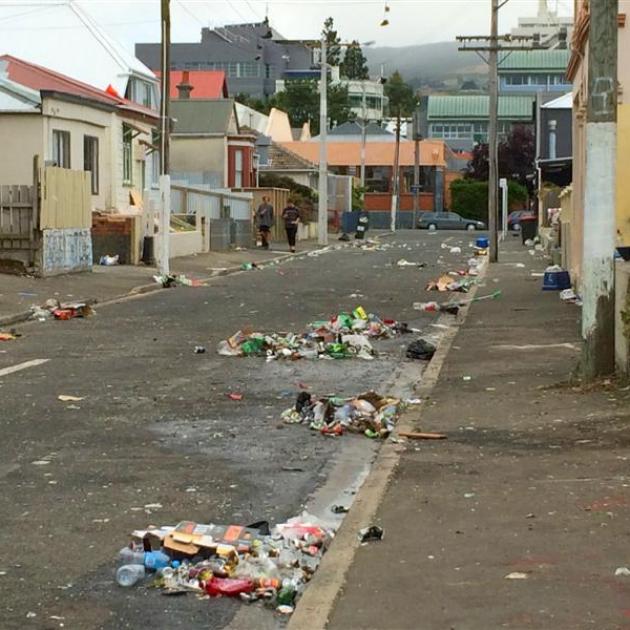 Dunedin's infamous student party in Hyde St will go ahead this weekend despite several high-profile incidents involving students during the past month.

The Dunedin City Council advertised "temporary road closures'' in Saturday's ODT for the "OUSA Hyde St Keg Party'', advising streets to be closed from 6am to midnight on March 19.

The party clashes with one of the city's highlights of the year, the iD Dunedin Fashion Week catwalk show at the Dunedin Railway Station.

When approached for comment, Dunedin Mayor Dave Cull said he had not been "updated on the plans'' for the party and said it was "not ideal'' to be on during the fashion show.

Asked for his views on the party, Mr Cull said: "What I think should happen is that everyone should be drinking less.

"I applaud the efforts ... to make it safer [but] we need to tackle the underlying problem and that is risky drinking.''

There were two points of view on the party, Mr Cull said.

Some argued it was allowing students a safe environment in which to drink while others said it was "encouraging people to get drunker''.

"What I'm concerned about ... is the well-being and safety of students and our community and the other is the reputation of our city.''

Two students were seriously injured 10 days ago when an overloaded balcony collapsed 10 days ago at a property in Castle St during a concert by band Six60.

A 19-year-old male was taken to Dunedin Hospital with serious head injuries after falling through a hedge at a party in Dundas St on Saturday and a Castle St flat caught fire after a flaming couch ignited it last month.

Approached for comment, Otago University Students' Association president Laura Harris said yesterday the event would go ahead and plans were in place to deal with an emergency situation.

"Hyde St is now a completely different event and is no longer in the same league as other pop-up parties. Months of preparation, and consultation with a multitude of Dunedin stakeholders goes into the organisation of safety measures at the event.''

OUSA had met police, fire service, St John and Dunedin Hospital's emergency department in the lead-up to the party.

Senior Sergeant Craig Dinnissen, of Dunedin, said police had been notified of the party and staff would be present.