Kiwi academic has part in remeasuring height of Mt Everest 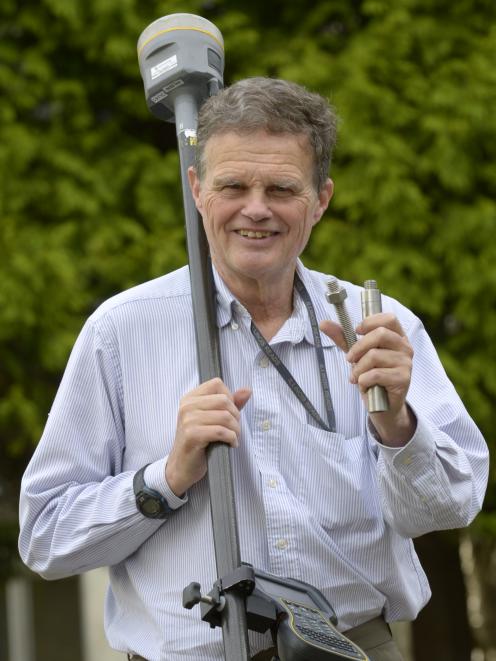 Dr Chris Pearson, of the University of Otago, holds a mount point for a GPS antenna for remeasuring of the height of Mt Everest. Photo: Gerard O'Brien
A University of Otago academic who contributed to the remeasurement of the tallest mountain in the world is returning to Nepal next week - where Mt Everest's new height will be revealed.

Dr Chris Pearson, from the Surveying School, was invited to the celebrate Sagarmatha Day in the British Embassy on May 29.

The annual day celebrates the ascent of the summit by Sir Edmund Hillary and Tenzing Norgay in 1953.

He has visited the country nine times since then - and last year, he contributed to a project to remeasure the height of Mt Everest, at the instigation of the Ministry of Foreign Affairs and Trade.

The height of the mountain pre-quake was 8848ms, and the new height will be announced on Sagarmatha Day.

Dr Pearson said the quakes had ''moved everything by about two metres'', and the question was what that had done to the elevation of Everest.

Dr Pearson travelled to Nepal for about six weeks in total last year to help with the remeasuring, and was based in Kathmandu.

His work included training Nepali surveyors to use the remeasuring equipment.

''We provided training for their staff, and some of the new techniques they would use.''

There were two GPS receivers set up on the summit.

Work on his next project, involving coding and equipment development for Nepal's GPS network, would start next week as well.

''The next project is with a different entity - the second project is related because there are these GPS receivers that just sit there for ever, and those are the control for the datum.

''We are trying to bring them up. It feeds into the Everest project.''

Trimble New Zealand had provided equipment to facilitate the GPS part of the programme.

He was excited about returning to Nepal.

A colleague, University of Colorado geophysicist Dr Roger Bilham, nominated him to get involved in projects in the country.