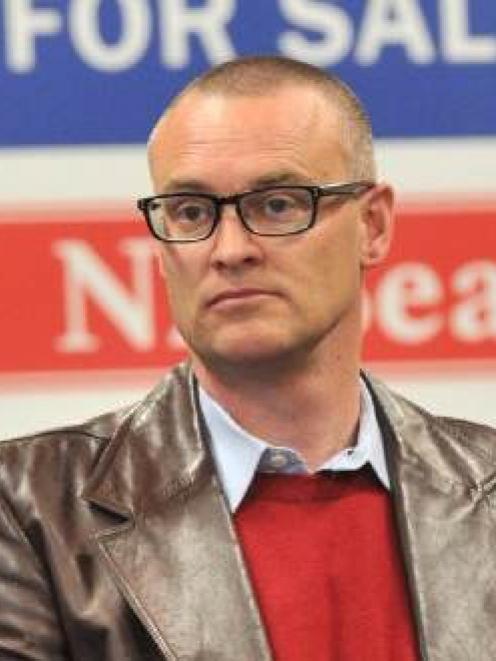 David Clark
The Labour Party is considering standing a block of candidates in this year's Dunedin City Council election.

Dunedin North MP David Clark confirmed yesterday the party was discussing a ticket to promote candidates for council seats, and possibly the mayoralty, under a ‘‘Local Labour'' banner.

A final decision was expected in a month or two, but discussions were already under way within the party membership and the search was on for candidates with suitable ‘‘Labour values'', he said.

‘‘They need to be clearly Labour-affiliated, but they also need to be strong enough personalities, and know their community well enough, to make their own decisions,'' he said.

He hoped successful candidates would be able to promote the city's interests, including pushing for better housing and a complete and timely rebuild of Dunedin Hospital, Dr Clark said.

But he denied the group could be used by Labour to attack the National-led Government, saying councillors had to be independent and, ideally, ‘‘constructive''.

‘‘There is no place for constant negative feedback, in my view, in local body or other spheres. It doesn't achieve the kind of change that a positive, progressive and continuous voice does.''

Dunedin-based National Party list MP Michael Woodhouse was sceptical, saying the group could ‘‘quite possibly'' become a platform to attack the Government.

National had already committed to rebuild the hospital's clinical services building, and ‘‘the last thing this city needs is politicians poking their noses in that'', Mr Woodhouse said.

Labour-aligned councillors could also find themselves conflicted if, in the future, a Labour government came to power, he said.

‘‘Would a Labour-branded city councillor be muzzled by a Labour caucus from saying what's in Dunedin's best interests?

‘‘I think there's potential for significant conflict there.''

National would ‘‘watch Labour's plans with interest'', but had no plans to follow the party's lead, he said.

Labour's plan, if confirmed, would be a return to a more party-aligned past for the council, but the trend had not completely disappeared, with Cr Aaron Hawkins elected as a Green Party candidate in 2013.

Dunedin South MP Clare Curran said Labour's initiative would not seek to ‘‘impose'' candidates on the city, but to support local candidates with Labour values and a contribution to make.

‘‘It's certainly not a new concept in other parts of the country ... I think there's a place [in Dunedin] for people who are articulating strong Labour values.''

Ms Curran again insisted she had no plans to run for the council, or mayoralty, herself.

‘‘I'm just trying to do my job as the representative for Dunedin South.''

One man who is considering running under the new Local Labour ticket is Dunedin radio broadcaster and real estate agent Damian Newell.

Mr Newell told the Otago Daily Times he would decide in a few weeks, but standing for a council seat was ‘‘definitely something I'm interested in''.