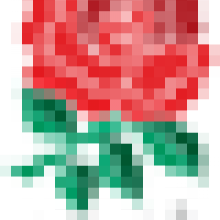 The Dunedin City Council is proposing a land swap to resolve another long running property dispute on Otago Peninsula.

The deal, if approved, would result in the council signing over a 735sq m slice of the Frances St recreation reserve in Broad Bay - including a playground and open space - to a private landowner.

In return, the council would receive 1.3ha of land next to the Hereweka/Harbour Cone reserve, effectively extending the reserve's boundary.

The deal aimed to resolve a dispute between the council and landowner Alistair Young dating back to 1986, councillors heard at yesterday's full council meeting.

The disagreement stemmed from a reclassification of part of the Frances St reserve land from road reserve to recreation reserve in 1986.

That had inadvertently left Mr Young's property ''landlocked'' and stymied his consented plans to subdivide, but attempts to resolve the matter had dragged on for the past decade, councillors heard.

The proposed solution was backed at yesterday's meeting by most councillors, who voted 11 1 to endorse the deal for public consultation.

Council planning and regulatory committee chairman Cr David Benson Pope said the council should be ''embarrassed'' by its role in the affair.

''This is one of those issues that I think we should be embarrassed about ... This has been going on, as I understand it, for nearly a decade, and the problem was caused by the council.''

Cr Benson Pope said he was ''delighted'' a solution was at hand ''at long last'', and praised Mr Young's patience.

So, too, did Otago Peninsula Community Board chairwoman Christine Garey, who, speaking at yesterday's meeting, endorsed the proposal as a ''win win'' that would end a ''very frustrating'' chapter.

Cr Lee Vandervis was the only councillor to vote against the proposal, after questioning the merit of the swap and the extra cost of maintaining the land.

The land the council was to receive was already covenanted, protecting it from future development, which meant it was of no commercial value to the council or ratepayers, Cr Vandervis said.

''To me, there needs to be greater clarification of where the value is for the ratepayer.

Others disagreed, including deputy mayor Chris Staynes, who said the benefit to ratepayers lay in the land's ecological value and the value it would add to the Harbour Cone reserve.

It would also put right the long running access issue and allow everyone involved to ''get on with life'', he said.

Dunedin Mayor Dave Cull said the proposed solution was ''a bit of a no brainer''.

The council had considered five options to resolve the matter, also including doing nothing, reclassifying part of the Frances St land as a road reserve, granting a right of way, or selling the land.

The councillors' decision meant the proposed land swap would be notified for community consultation later this month, followed by a hearing, if objections were received.