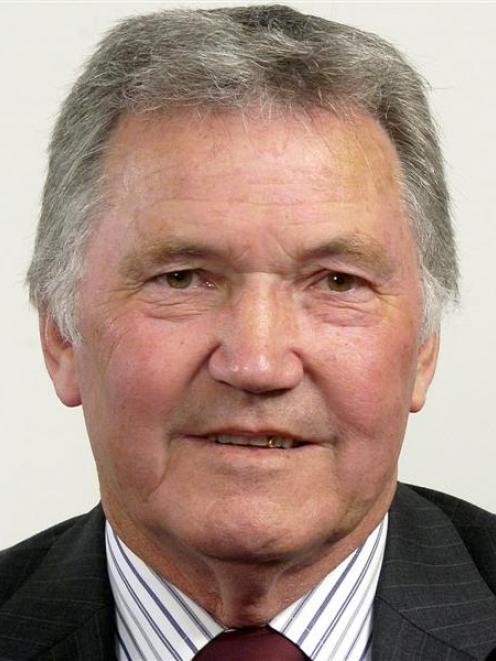 Cr Syd Brown.
Dunedin City Council misses out on ''millions'' in rates each year, with the city having the highest percentage of non-rateable assets of New Zealand's main centres, council figures show.

The University of Otago, which does not pay general rates, is the biggest organisation on the list, with $632.27 million worth of capital value assets in Dunedin: 3.1% of the city's total. The university continues to buy commercial property in the city.

It bought the 128-room LivingSpace hotel in April for $6.75 million, the latest example to hit the city in the pocket. The purchase reduced the council's income from the property by $17,123 a year.

Schools and kindergartens (1.9%) and council property (1.6%) make up the next largest proportion of the total figure, the figures show.

Most non-rateable properties pay rates only for water, drainage and other services. A small proportion also pay 50% of general rates.

Cr Syd Brown, chairman of the council's finance, strategy and development committee, said the loss in rate take was a ''cost'' of being the ''education capital'' of New Zealand.

It was easy to look at the issue ''in isolation and say why shouldn't ... [the university] be paying rates'', but this needed to balanced against what the university brought to Dunedin's economy.

''The backbone of Dunedin city is that we pride ourselves in being the education capital of New Zealand, and with that comes a cost.''

Asked if the level of non-rateable assets limited the council's activities, he said: ''We have learnt as a council to live within that framework.''

Neither he nor council staff could give a precise figure on how much its rates take was affected, but he said it would be in the ''millions'' each year. The estimated total rates take for the city, according to the council's draft annual plan in the 2013-14 financial year, is $116.6 million excluding GST.

Cr Brown said he would support rating tertiary institutions as long as it was a ''nationwide'' policy, as it would be unfair to single out Dunedin institutions.

Otago University did not respond to questions yesterday. Its chief operating officer John Patrick has previously declined to ''speculate'' when asked whether the university buying commercial properties was a problem for the city and has not ruled out further purchases, but he said the university's annual economic impact reports clearly highlighted its benefit to the city.

The most recent report showed the university boosted Dunedin's economy by $780.8 million last year. That equated to about 16% of Dunedin's gross domestic product (GDP) and generated almost 17,000 full-time equivalent jobs, about 34% of the city's workforce.