By Mike Houlahan
1 Comment
Taieri MP Ingrid Leary started her first speech to Parliament with a pronunciation lesson about the name of her electorate.

"It is frequently mispronounced Tyree, which is an island off the coast of Scotland," Ms Leary said at the start of her maiden speech yesterday.

"Many of us whakapapa to Scotland down our way, so it’s easy to see how this happened."

Ms Leary traversed the four corners of her electorate, largely made up of the former Dunedin South seat vacated by Clare Curran at her retirement from Parliament this year.

"Last month, I began my first street corner clinic meetings ... bringing politics to the people in Milton and Balclutha.

"As for Kaitangata, well just so it finally gets said in Parliament and written into Hansard, Kai Rules."

Ms Leary also explained why she swore her Parliamentary oath of allegiance in Rotuman, to honour the heritage of two of her three children.

"As whanau, we try to treat everyone as brothers and sisters, that’s why my family have the heart to let me do my mahi, which has often taken me away from them, and all over the world."

An international career in journalism and then as director of the British Council in New Zealand and the Pacific informed Ms Leary’s decision to begin a political career and to travel south to Dunedin, where her father studied medicine. 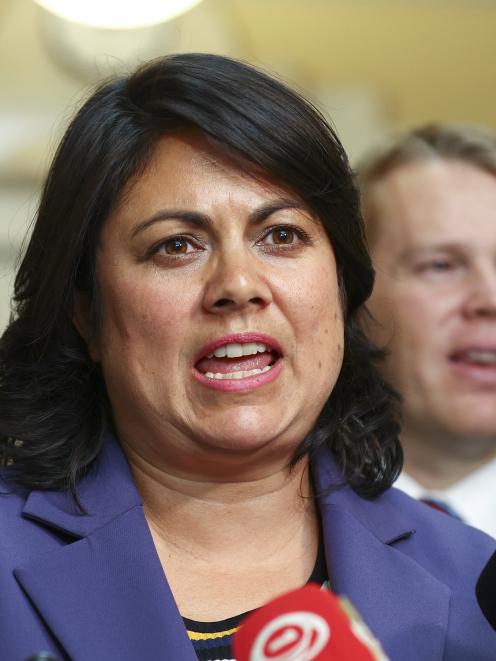 "It evolved into a very special seat for Labour, a champion for workers and the unions that founded our party.

"In my view, Taieri remains our social conscience especially with MMP which can force politics to the middle."

The associate health minister spoke of her Maldives heritage, Invercargill birth, Te Anau upbringing and medical school education at Otago, where she said she was lucky to have been taught by some of New Zealand’s best epidemiologists.

"I’m immensely proud to have worked in the health sector alongside wonderful colleagues.

"Our health system is often stretched but our healthcare workers professionalism, compassion and good humour carries the system every day."

Dr Verrall paid tribute to her cousin Mohammed Nasheed — the first democratically elected president of the Maldives — her partner Alice and daughter Laila.

"New Zealand needs girls who are good at maths and science: they will be among our epidemiologists, geneticists and disease experts when the next pandemic comes."

Dr Verrall said her grandfather, Norman Verrall, was orphaned in 1918 when the Spanish flu killed both his parents, so she was acutely aware of the threat Covid-19 posed.

"Based on my experience with other infectious diseases, I knew our public health systems lacked the capacity to deal with the threat.

"I raised the alarm about the state of our contact tracing capacity in early March, and kept up the pressure until the Ministry of Health asked me to review the system."

New Zealand had gone from being underprepared to deal with Covid-19 to having one of the world’s most successful pandemic responses and she looked forward to continuing that work, Dr Verrall said.

This carpetbagger dares to lecture people on how to pronounce our own place names!

I can't believe anyone voted for her.

Everyone in Mosgiel that I know - Maori residents included - pronounces it "Tie-ree".