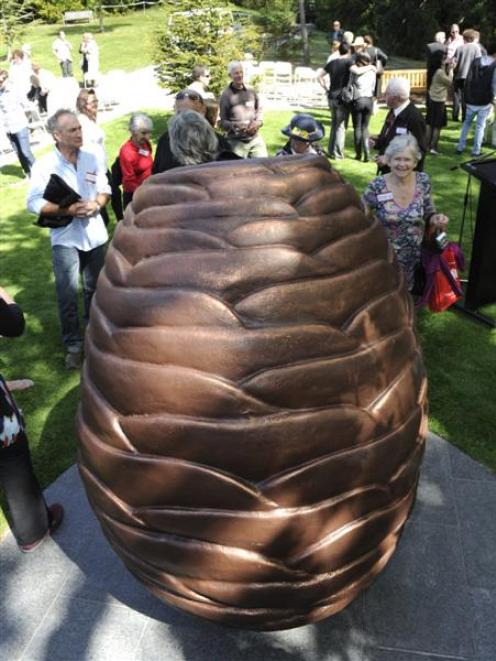 About 350 members of the Lebanese community - some travelling from the United Kingdom, United States and Australia - gathered in Dunedin over the weekend to celebrate their links with the southern city.

On Saturday, about 250 people gathered on the edge of the Botanic Garden's Mediterranean Garden to witness the ceremonial opening of a new grove dedicated to the community's history in Dunedin.

The grove's centrepiece was a large bronze sculpture of the cone of a cedar, the national tree of Lebanon, as well as two cedar trees and a wooden park bench on which to sit and contemplate the area.

One of the tree plantings was donated by John Farry and wife Pamela, of Dunedin, after being "acquired" years earlier in Lebanon, Mr Farry told the crowd.

The other had been propagated at the Dunedin Botanic Garden, Cedars of Lebanon Club president Richard Joseph, of Dunedin, said.

The weekend's events aimed to mark the thousands of Lebanese who left their country seeking economic opportunities in New Zealand, many of whom settled in Dunedin.

The gathering also included exhibitions of family history, a reception and black tie ball in the Dunedin Town Hall, as well as a tour of the "Lebanese precinct" between Carroll, Maitland, Stafford and Hope Sts in Dunedin.