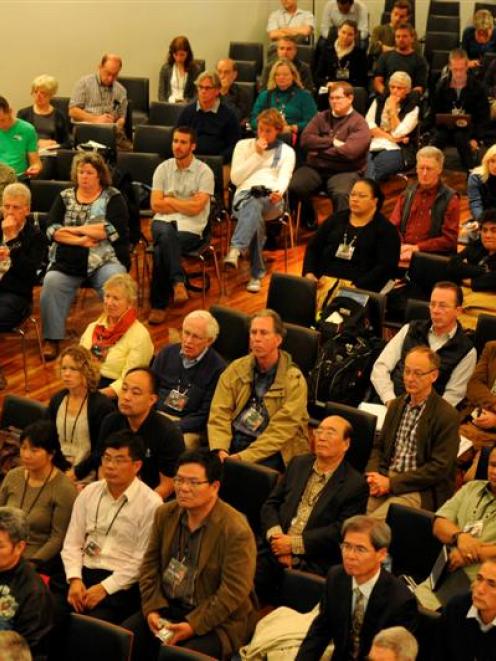 Photos by Craig Baxter.
A major international conference held in Dunedin over the past week drew to a close yesterday amid plaudits for the city and its people.

The 5th Global Botanic Gardens Congress attracted 347 delegates from 45 countries to the city for the week for the conference, which largely took place in the city's recently refurbished Dunedin Centre.

''Several people here had said they think it has been the best global congress yet.''

The day of excursions around Dunedin, including visits to Orokonui Ecosanctuary and Taiaroa Head on Wednesday had been a particular highlight, ''so wonderful and different'', he said.

Botanic Garden Australia New Zealand president Anne Duncan thanked Dunedin, specifically the ''fantastically warm welcome'' delegates received from the community, while BGCI secretary-general Sara Oldfield said it had been ''absolutely wonderful'', and seeing the albatross at Taiaroa Head had been ''a special lifetime experience'' for her personally.

Dunedin Botanic Garden team leader Alan Matchett received a standing ovation from delegates for his and his team's efforts in organising the event.

Earlier, in the closing lecture of the congress, president of the Missouri Botanical Garden, and one of the world's best known botanists, Peter Wyse Jackson, outlined the recent successes of botanic gardens and the challenges for them in the future.

There was a now a strong world network of gardens. Instead of the mainly science research and living collection managers and public amenities with limited educational roles they were in the 1980s, the gardens were now multipurpose botanical resource centres serving cities, countries and the world through global strategies to conserve threatened plant species.

He highlighted the importance of expanding plant conservation and environmental education through botanic gardens, and the increasingly influential role of botanic gardens in the development of international policies in biodiversity conservation.

The challenges now were for botanic gardens to work together and share information more effectively, take more leadership in sustainability and environmental education by being more engaging, accessible and relevant, push boundaries in plant science and work out how to support and sustain all of the botanic gardens built over the past decade.

The Dunedin City Council, the main sponsor of the congress, contributed $70,000 to the event, which was estimated to inject more than $1.5 million to the Dunedin economy over the week.

A spokeswoman said the congress was charged $20,000 for venue hire, which was not part of the sponsorship deal. 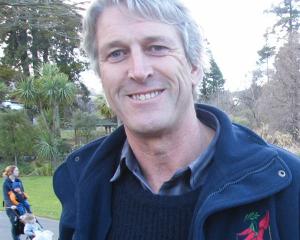