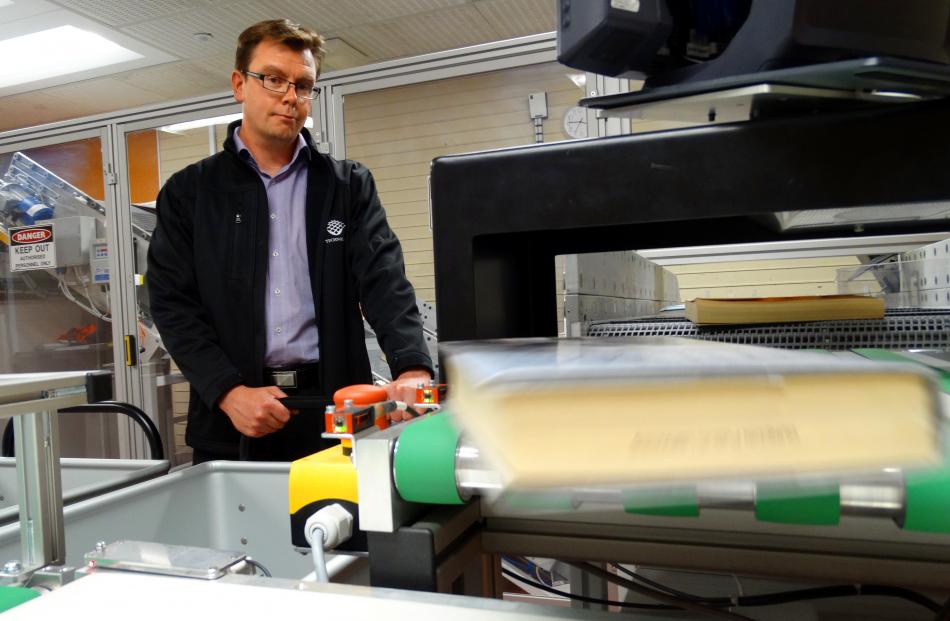 The million-dollar radio frequency identification (RFID) project now has the jewel in its crown with the installation of a new automated materials handling machine linked to the return boxes.

The machine automatically checks the books in and sorts them into different bins depending on which section of the library they come from - a job that normally takes staff more than three hours every morning.

''It is going to free up staff to do more meaningful activities,'' Ms Geddes said.

A new safety feature has also been built in to the return slots and customers returning items have to push one book up to the return slot so the radio frequency identification code can be read before it opens.

In the past the library had had a range of unusual things put through the slots, including milkshake containers, other rubbish and even a dead rat.

FE Technologies director Clint Agustsson said his company specialised in RFID technology for libraries but the Dunedin machine had one major new innovation called a singulator.

The singulator is the first ever built and can receive a whole pile of books or other returned items simultaneously, which it then separates and processes one by one.

The hardest aspect of the design process was catering for different types of media such as DVDs, books, newspapers and - hardest of all - sheets of paper, Mr Agustsson said.

The library loans out 1.6 million items every year, which equates to more than 4000 returns every day.