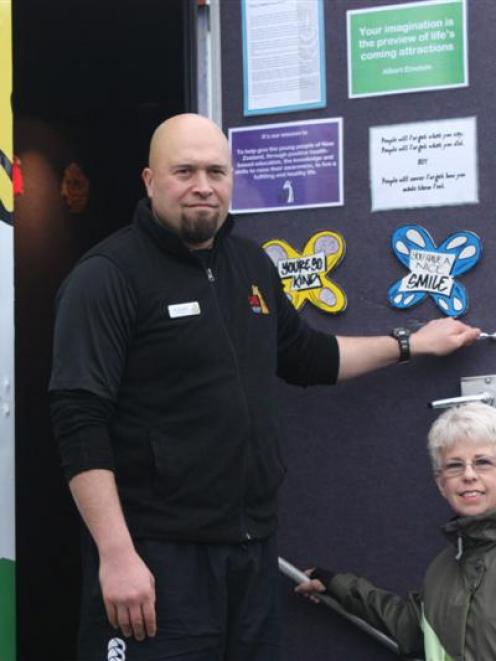 The organisation, which teaches health education to primary and intermediate pupils, is facing a funding shortfall as money from traditional avenues, such as gaming trusts, starts to dry up.

Life Education Trust Otago manager Janine Race said the trust was struggling to find the $100,000 it needed for running costs this year, with the main reason being the reluctance of gaming trusts to contribute.

Funding for the trust came from other sources, including the Life Education Trust national organisation and schools which used the trust, but it was only a small proportion overall, Mrs Race said.

Only one of the gaming trusts which had given the trust money last year had done so this year, she said. It had become harder to have applications accepted by the gaming trusts during the past two or three years, but this year had taken them by surprise, she said. Because they were required to keep enough money to keep operating for at least three months in the reserves, the trust was not in trouble yet but if the situation continued, it could become difficult to keep operating, Mrs Race said.

''We never only just relied on the trust money and we have a lot of volunteers who make things easier for us.''

''When the next round of funding comes up we will apply again, but there is some real uncertainty if we get it or not,'' she said.

Other community groups were also faced with the same issue.

Council of Social Services acting executive officer Alan Shanks said funding drying up from organisations such as gaming trusts was one of the areas of real concern for their members. It seemed gaming trusts were reluctant to give money for operational costs, but would still provide money for one-off projects, he said.

''The change in the funding environment may mean some organisations need to review how they go about their everyday activities,'' he said.

Gaming trusts spoken to by The Star said during the past four years there had been a decrease in gaming machine spending, meaning less money was available for funding. At the same time, the trusts were seeing more applications because it was now easier to apply online and because funding was harder to get from all sources. Gaming trusts could not hold back funding for any reason because they were required by law to grant the same percentage of takings every year.

Any changes to gaming machine laws such as sinking lid policies would have an effect on the amount of money available for grants.