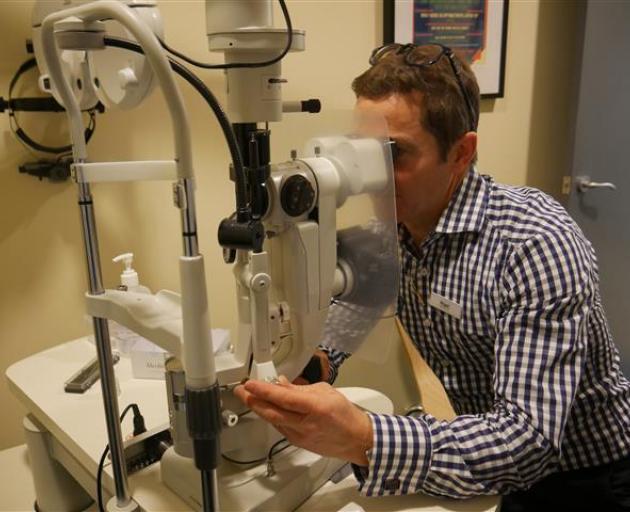 As schools and non-essential businesses closed, people had to work and learn from home.

Optometrist Nigel Thrush, of Specsavers, said an increase in screen use had led to symptoms such as tired, sore or achy eyes, headaches and blurry vision.

“Some people find they are feeling more tired in general.”

Eye strain was common and while it did not have any long-term impacts, it could affect people’s short-term ability to work and see properly, he said.

The first was to make sure the computer was set up correctly about an arm’s length away and positioned so the user was looking down at it slightly.

“That tends to help a bit with neck strain.”

He encouraged people to put a “think, blink” note on their screens, as a reminder to blink more often.

“Studies have shown the average person blinks about 15 times a minute but when you’re doing a concentrated visual task that can drop to as low as five times a minute.”

That could make eyes “gritty” because the tear film was not being spread over the cornea.

Optometrist Peter Dick, of Visique Peter Dick Optometrists, said he, too, had noticed an increase in people with eye strain.

He recommended looking away from the screen every 20 minutes, and having eye exams every two years.

Optometrist David Bridgman, of Bridgman Eyecare, said while he had been busy catching up with deferred eye exams, he had not noticed an increase in eye strain.

People with problems should “get their eyes checked, get glasses with the correct strength and then have the screen in the right position”, he said.

It was important to take scheduled breaks to give the eyes a rest, he said.