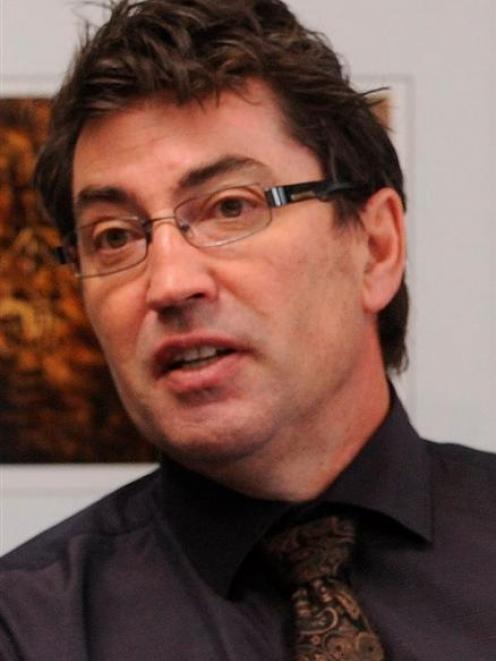 Mr Orders yesterday confirmed he had accepted an offer by council customer services general manager Grant Strang to take voluntary redundancy, allowing the position to be dispensed with on October 17.

The change was part of "transformational plans" aimed at streamlining the council's senior management structure and saving money within the organisation, Mr Orders said in a statement.

"When Grant said it was time for a change for him, I felt this was a good opportunity for us both," he said.

Messrs Hall and Miller could not be contacted yesterday.

It was the first major change announced by Mr Orders since he began his new role on September 19, following a move from Wales.

He arrived in Dunedin promising to find savings and "move the organisation forward significantly".

Mayor Dave Cull said at the time Mr Orders had been chosen ahead of 46 other candidates to seek efficiencies, and would be given clear directions about the need to reduce council costs.

"We didn't employ him for business as usual. We employed him because we want some things to change."

Mr Strang said in a statement yesterday he was proud of his achievements, the staff he worked with, and having "championed the customer and community in everything we do" during six years with the council.

Mr Strang's responsibilities ranged from the customer services agency to business information systems and included overseeing changes to the council's customer service approach and the introduction of information and communication technology and digital online services strategies.

"I'm confident that I am leaving my areas in much better shape than when I arrived."

Contacted by the ODT, he added he would take a break with his family before deciding his next move, including whether to remain in Dunedin.

He declined to comment when asked if other members of the EMT could follow his lead and accept voluntary redundancy.

Mr Orders could not be reached for further comment yesterday, but Cr Lee Vandervis - a critic of the council's staff size - was pleased.

He had already written to Mr Orders urging him to dispense with the entire EMT and save ratepayers' money.

"They are an expensive layer of management that we do not need."