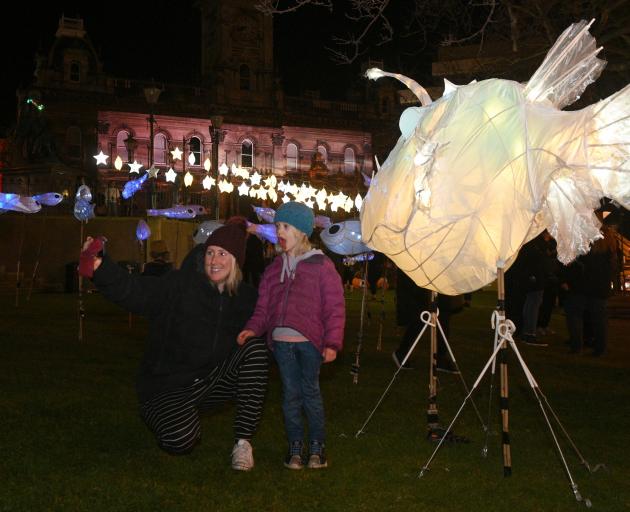 Naomi Daniels and daughter Elizabeth (4) pose for a selfie with a giant anglerfish lantern at the midwinter celebrations in the Octagon on Saturday night. PHOTOS: LINDA ROBERTSON
It was not celebrated with its usual pageantry, but Dunedin still managed to mark midwinter in style.

And the innovative spirit that shone in this year’s event means next year’s festival is set to be "epic".

Up to 1000 people braved the winter chill for Midwinter Lights at the weekend.

The celebration replaced the annual Midwinter Carnival, which was cancelled due to the Covid-19 threat. 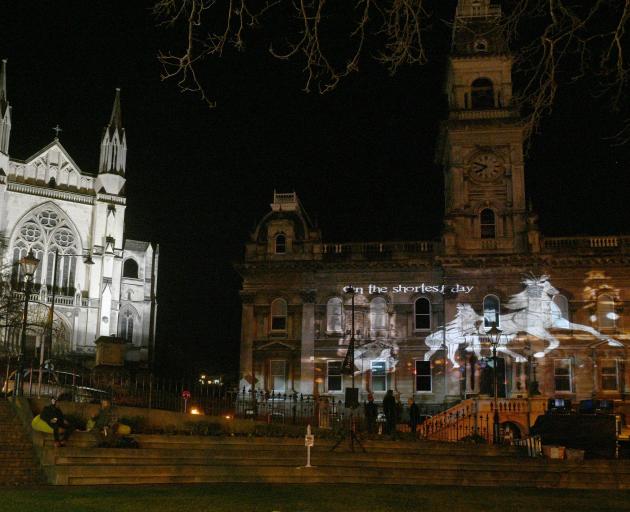 Lantern-making workshops and displays were also held in the Meridian Mall.

Festival chairman Paul Smith said he was "stoked" with how the event went.

"We were very lucky to have a gorgeous evening. It was relatively mild, still, perfect conditions, and there was a lovely atmosphere in the Octagon," he said. 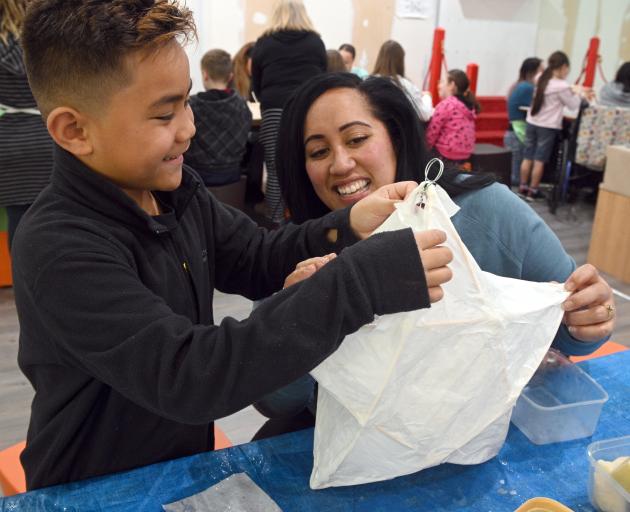 Phoenix Tuhega-Vaitapu (8) and his mother, Gemma Tuhega, of Mosgiel, put the finishing touches on a star lantern during a lantern-making session at the Meridian Mall on Saturday.
He believed between 500 and 1000 people checked out the projections throughout the night.

The pared-back programme also allowed festival organisers to experiment and test out the idea of projections.

"It gave people a little taste of the carnival but it also helped us take a step forward as an event," Mr Smith said.

"It will be epic next year."