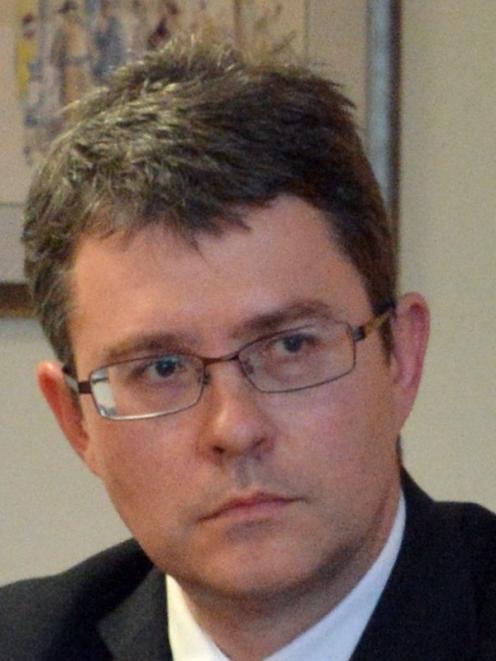 Paul Orders
The Dunedin City Council is cutting its reliance on dividends from Dunedin City Holdings Ltd, but still fears being left exposed by another sudden drop in cash from its companies, chief executive Paul Orders says.

The warning came as Mr Orders released his pre-election report, which also warned belt-tightening would continue as the council searched for extra savings by early next year.

The council needed to cut at least another $3 million from annual expenditure to limit any rates increase to no more than 3% in 2014-15, Mr Orders said.

However, the organisation also needed to brace for a dramatic hike in spending on water infrastructure renewals, which would have to rise from $8 million a year to $22 million a year by 2021-22, Mr Orders said.

That was expected to come from cash, rather than borrowing, as was 90% of all council capital expenditure - helped by New Zealand Transport Agency subsidies - over the next decade, he said.

That would help ease the financial pressure on the council as it worked towards reducing its debt to $200 million by 2021-22, he said.

Despite that, the council could not expect to have ''modest headroom'' for new spending in its budget until then, meaning nearly another decade of frugality, he said.

Even then, risks to those plans remained, including any failure by DCHL to provide expected dividend payments to the council, or a worse-than-expected financial result by Dunedin Venues Management Ltd, the company running Forsyth Barr Stadium, he said.

As well, the cost of a long-term solution for the damaged St Clair sea wall was still not known, he said.

''It is also clear that the DCC now has less flexibility to deal with unexpected events. This will add to the challenge of managing budgets in the years ahead,'' Mr Orders said.

An unexpected drop in DCHL dividend and cash payments to the council in 2011 - down from $23.2 million to $15.7 million - left the council scrambling for savings and prompted a DCHL shake-up.

Since then, the holding company has pledged not to borrow to fund future dividend payments to the council - despite lingering concerns from some councillors the practice could continue.

The holding company was expected to pay $15.7 million a year for the next three years, but, speaking last week, DCHL board chairman Denham Shale could only guarantee next year's payment.

''That's probably as far out as we could be certain,'' he said.

Mr Orders, speaking to the Otago Daily Times, said he was not aware of any imminent threat to projected dividend payments, although budgets beyond next year's had ''more uncertainty''.

Any future failure to meet payment obligations would increase the pressure on council budgets, requiring additional savings to be found, he said.

''Clearly, the further out you go, the more uncertainty there is,'' he said.

DCHL was already reviewing its operation, as well as making changes, and expected to report on further change proposals later this year.

Mr Orders said the council had also responded, in part by creating a new group chief financial officer to oversee both organisations' finances.

The council's reliance on company dividends, as a proportion of overall council revenue, had also reduced from 10% to 5% since 2011, he said.

The drop had been covered by the cost-saving drive within the council, which was continuing, Mr Orders said.

Mr Orders' report also noted core council debt - excluding that of its companies and the stadium - stood at $227 million, and was now expected to peak at $272 million before beginning to decline from 2015-16.