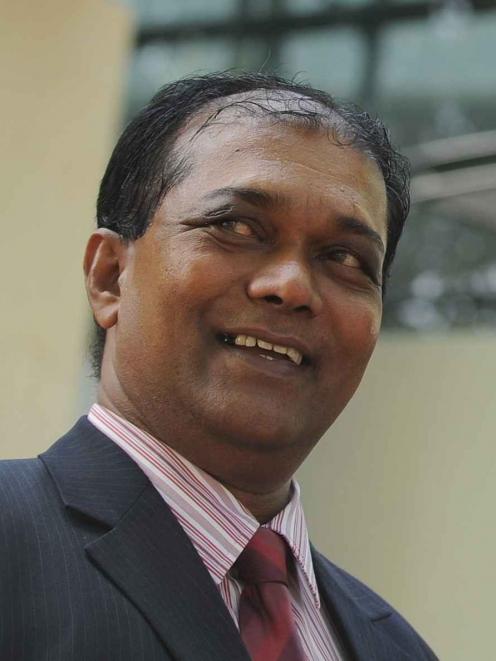 Shimrath Paul
Allegations which surfaced last year about an unhealthy management culture at the Otago Museum resurfaced at the annual plan hearings yesterday, when a city councillor accused museum chief executive Shimrath Paul of having his "head in the sand" on the issue.

A sharp exchange between Cr Fliss Butcher and Mr Paul came at the end of an otherwise subdued submission from the museum.

Mr Paul and museum treasurer Mike Horne said the museum fully understood the economic climate the council was operating in, and that the funding the council had in the annual plan for the museum could be the maximum it could allocate.

A thorough review of the museum's services would be undertaken, and some may need to be cut or reduced as a consequence.

Following the submission, Cr Butcher asked whether the controversy with former staff had been resolved, despite Cr Kate Wilson and others saying the matter was not an issue for the annual plan hearing.

Cr Butcher's question referred to Public Service Association claims last year there had been staff intimidation at the museum, claims backed up by correspondents to the Otago Daily Times.

Mr Paul responded at the time the PSA allegations were untruths, saying the complaints came from "a few disgruntled and disaffected ex-staff members".

Yesterday, he responded he did not communicate with former staff through the media.

"So you just bury your head in the sand?" Cr Butcher asked.