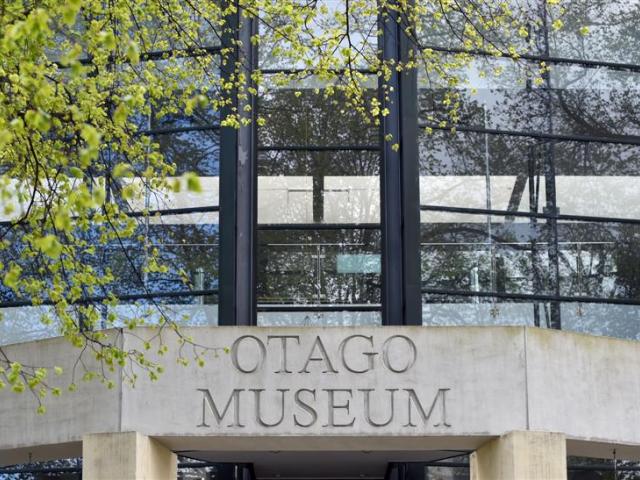 The Otago Museum plans to spend up to a million dollars over the next five years to extend its sprinkler system to cover the remaining 40% of the museum complex.

For Nasa astronaut Colonel Michael Hopkins, words could not do justice to the experience after conducting two space walks during his stay on the International Space Station.

''It's over here,'' Zachary Penman says quietly, gesturing down the hall of Otago Museum.
The Otago Museum's lobby has been redesigned.
The planned $3.25 million redevelopment involving the Otago Museum science centre aims to double the present 88,000 visitors to that facility and related areas.
Otago Museum Trust Board chairman Graham Crombie has been re-elected, to an extended, three-year term.

The Dunedin City Council has signalled a funding increase for Otago Museum, but stopped short of a request for more than $1 million over the next decade.

Dozens of children - and their parents - were bugging out at the sight of creepy-crawlies at the weekend.

About 1000 people visited the Otago Museum's new free exhibition, ''Bugs: the Mega World of Minibeasts'', during its opening weekend.

Recently appointed Otago Museum conservator Nyssa Mildwaters is excited to have taken on the challenge of helping protect and conserve the museum's two million objects, large and small.

For the first time, Otago Museum has created a bespoke range of 3-D printed jewellery as exhibition merchandise.
Planning has begun for the next annual Museums Aotearoa Conference, which will be held at the Otago Museum next year.

Otago Museum's first Maori curator, Migoto Eria, was given a full Maori ceremonial welcome at the museum yesterday as she began her new job.

In the first of a new series on the little-known stories behind some of Dunedin's collections, Otago Museum reveals how part of the fabled HMS Bounty fetched up in Dunedin.
Otago Museum director Dr Ian Griffin is interviewing candidates for three key jobs as the museum moves to strengthen its collections-related staffing.
Otago Museum director Dr Ian Griffin has welcomed a new compromise option involving proposed cycleways that could allow the Otago Museum to keep some of its nearby parking.
Otago Museum officials are planning to continue a dramatised ''whodunnit?'' series after the success of a recent event focusing on one of the world's most baffling maritime mysteries.
Otago Museum management is strengthening its focus on collections and aims to double the percentage of overall staff devoted to collection-related duties.