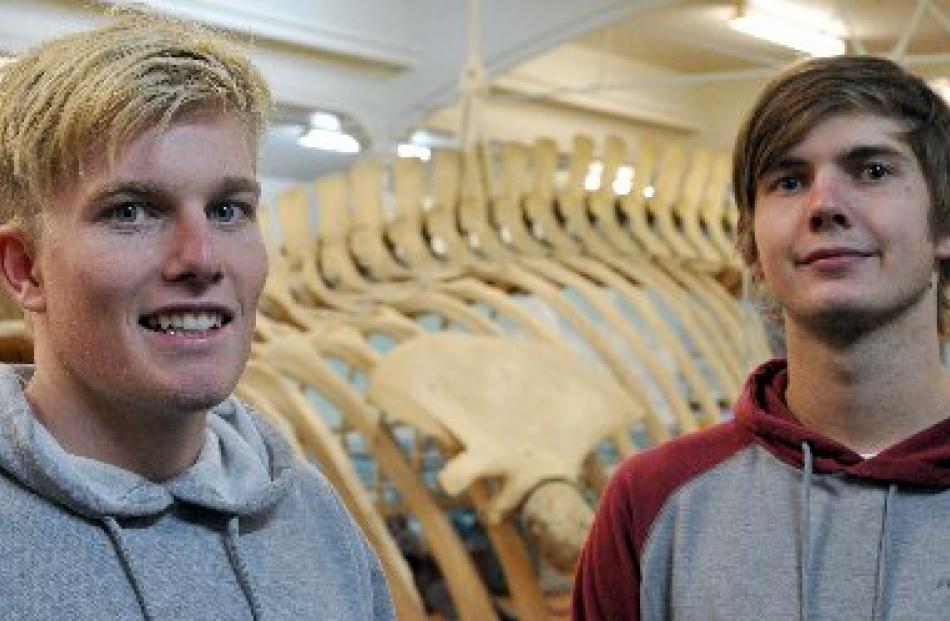 ''It's over here,'' Zachary Penman says quietly, gesturing down the hall of Otago Museum.

''I come here sometimes to procrastinate.''

He's leading the way to a giant skeleton of a fin whale, the centrepiece of one museum display.

It's an impressive skeleton.

But for Mr Penman, it's far from the most impressive whale he's seen recently.

Just a week ago, he was stepping off RV Tangaroa, a research vessel that had shepherded him and about 40 other scientists and crew members to the Antarctic and back on a Niwa mission to study marine life there.

Mr Penman was one of two University of Otago students sent on the mission by the Sir Peter Blake Trust.

The other, Blake Hornblow, said he was ''blown away'' by the Antarctic landscape, and he had never experienced anything quite like the six-week trip south.

The mission's goal was to research the environment of the marine predators that inhabit the Southern Ocean, including blue and humpback whales.

Both Mr Hornblow and Mr Penman said they decided to do a science degree in agriculture and fisheries because they had always been drawn to the ocean.

''Since I loved the ocean, it seemed like I could do some good with managing fisheries,'' Mr Hornblow said.

Their experience in Antarctic waters also gave them a new appreciation for the importance of conserving the Antarctic, they said.

''People should be able to see [the Antarctic], but we shouldn't exploit it,'' Mr Hornblow said.