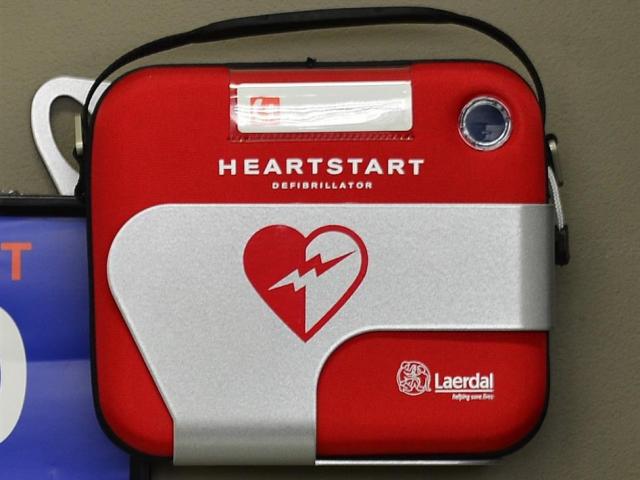 Some Bunnings customers and staff are upset after management removed a defibrillator from its Dunedin store.

Harassment in the student quarter has reached breaking point, and the University of Otago and students' association need to do something about it, a group of Dunedin residents says. Otago...

A University of Otago doctor is calling on Bunnings to reverse its ‘‘silly'' decision to remove a defibrillator from its Dunedin store.

Students say there were about 30 people jumping up and down on a Castle St balcony just before it collapsed, seriously injuring two people, at concert in Dunedin.

A Dunedin activist says the police have come knocking, asking about protest plans against the Trans-Pacific Partnership Agreement.

Almost 3000 television sets are thrown into the Green Island landfill each year, 42 times the number recycled at the facility. Carla Green reports.

Stephen Willis will be taking the operational reins of the University of Otago in April, but for now, mum's the word on what will change as a result - if anything.

The fire service was called to South Dunedin tonight after a small fire broke out in a local cafe.

About half of the University of Otago's agricultural research is funded by industry. Is all that money having an undue influence on research findings - and what gets researched in the first place? Reporter Carla Green investigates.

A storm is brewing in Blueskin Bay, where the community is deeply divided over a wind farm project. Carla Green reports.

In an annual iD Fashion-inspired tradition, a piece of Dunedin fashion history has been added to a Toitu Otago Settlers Museum's display.

As a short-lived rainstorm passed over Dunedin last night, about 150 South Dunedin residents gathered for a meeting about the lasting effects of another storm that hit almost exactly nine months ago.

About a dozen union activists picketed the Dunedin Railway Station yesterday morning, calling on Dunedin Railways to drop disciplinary proceedings against an employee.

A Dunedin academic is criticising the Ministry of Foreign Affairs and Trade for refusing to attend a community-organised meeting on the Trans Pacific Partnership agreement.

Dunedin City Council staff are sifting through the almost 400 submissions on its proposed changes to dog bylaws before a hearing later this month.

Rachel Goh is standing in the middle of lab two in the University of Otago's food science building, smiling nervously.