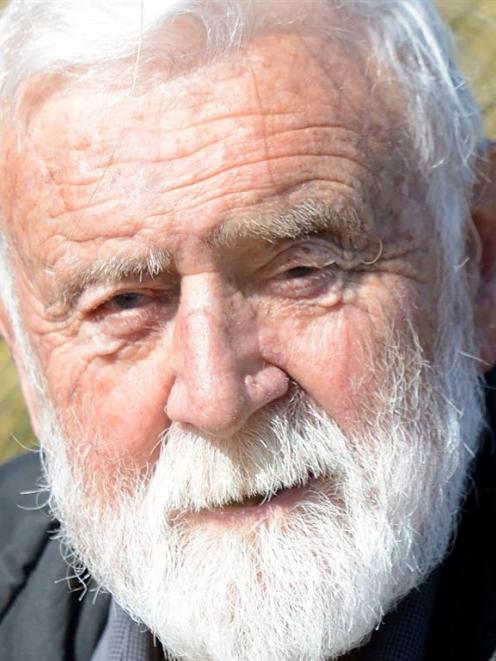 Alan Mark.
A Dunedin academic is criticising the Ministry of Foreign Affairs and Trade for refusing to attend a community-organised meeting on the Trans Pacific Partnership agreement.

"I think it's unacceptable, and it calls into question the genuine nature of this public information exercise,'' University of Otago Emeritus Prof Sir Alan Mark said.

As chairman of the Wise Response society advocacy group, Prof Mark has helped organise a public meeting at 7.30pm on March 14, following the Government-organised, TPP-themed road show presentation in Dunedin.

Prof Mark said the meeting was designed to be more open than the Government-organised one, which required registration and had a limited number of places available.

"It's not open generally; you've got to apply and be approved,'' he said.

"To claim this is their method of familiarising the public of New Zealand with the [TPP], I think, is questionable.''

The road show is also targeted at showing local business owners how the TPP might benefit them, Wise Response pointed out, rather than focusing on educating the New Zealand public.

Wise Response invited MFAT officials to its public meeting - first MFAT deputy secretary Dr David Walker, then any official who could attend - but the ministry has declined.

"We appreciate your interest and, yes, acknowledge it is a topic of genuine public interest,'' Dr Walker's assistant replied.

"However, the ministry has gone to some lengths to organise a public meeting that day in Dunedin to help them inform the public.

"This will provide an overview, answer questions, and provide advice to businesses.''

In response to questions, an MFAT spokesman said "the consultation process for TPP has been amongst the most extensive that a New Zealand government has undertaken for any trade negotiation.''

That was "unacceptable'', Prof Mark said.

"It calls into question the genuine nature of this public information exercise.''

Prof Mark said he and Wise Response secretary Dougal MacTavish had signed up to attend the MFAT meeting on March 14.

Prof Mark said he would promote the community meeting at the Government's workshop.

• The public meeting is at 7.30pm, Monday 14 March 2016 at the St David Lecture Theatre, Otago University. And registration for the MFAT meeting closes today, and is at https://www.tpp.mfat.govt.nz/events.