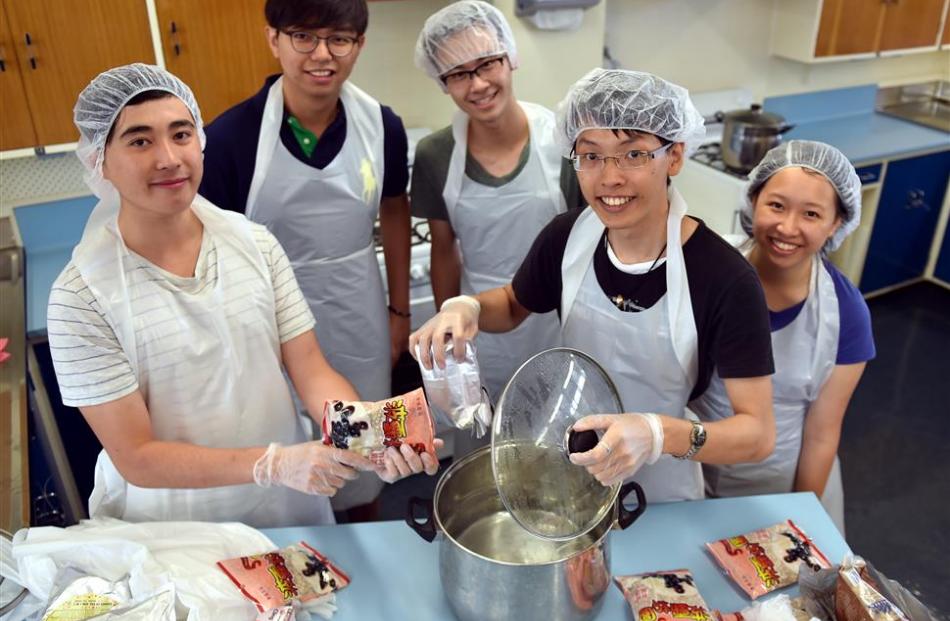 Rachel Goh is standing in the middle of lab two in the University of Otago's food science building, smiling nervously.

The OUTSA, the Thai students' club and the Korean students' club were there to prepare for today's International Food Festival on the museum reserve.

Ms Goh is the Otago University Students' Association's elected international officer this year, and she has helped co-ordinate the event, to be held from 6pm-9pm.

"[I've] been organising the clubs, making sure they're on track for the food festival, booking kitchens, helping OUSA events with their run-through of the events and, what else? Making sure everyone's [respecting] food safety here. So I'm pretty much the kitchen babysitter, if you want to call it that.''

The festival was "a huge burst of international culture'', she said.

"We are not just about study; we are also more about promoting, learning about other cultures, promoting, making friends.

"Otago is a place away from your home for most of the international students, as well.''

Proceeds from the fair went directly to the clubs, such as the OUTSA.

Andy Tu, a third-year pharmacy student, is on the OUTSA executive.

He grew up in Taiwan, but moved to Auckland when he was a child and did not get much chance to cook Taiwanese food, he said.

"My mum comes over sometimes and she will cook Taiwanese food. But when it's just myself, I cook whatever I can buy in the [supermarket], I guess.''

Mr Tu got involved in the club in his second year and is now a member of the executive. And he liked helping out at the food festival, he said.

"After you did well in one of the events, you get really satisfied.''

It starts at 8pm at the university union hall.