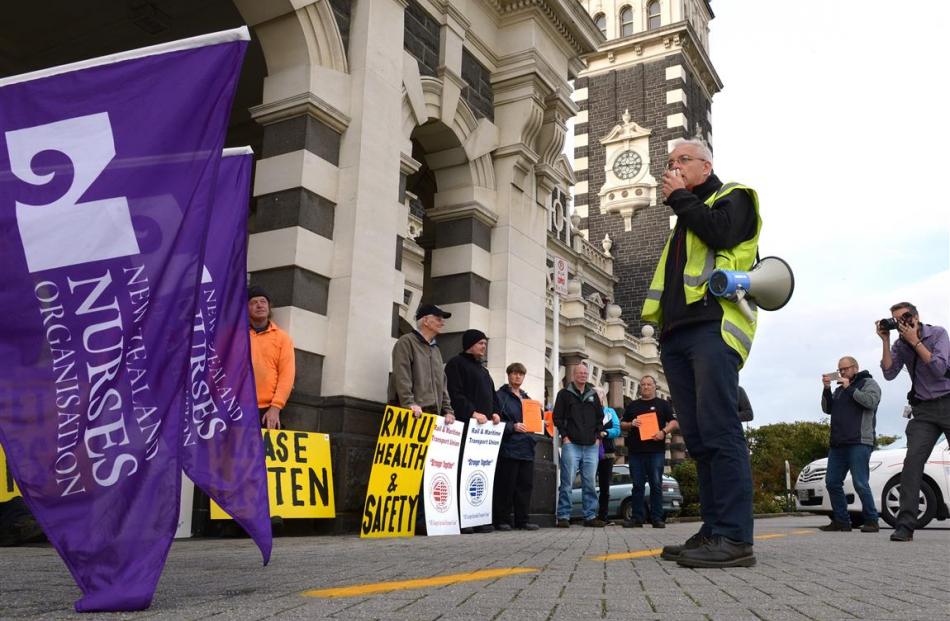 About a dozen union activists picketed the Dunedin Railway Station yesterday morning, calling on Dunedin Railways to drop disciplinary proceedings against an employee.

Rail and Maritime Transport Union organiser John Kerr said yesterday an employee was being "persecuted and intimidated'' after reporting a health and safety hazard.

"There was a high rail vehicle used to maintain the track; the train was on the track at the same time, and our member was really concerned that the radio traffic that recorded this incident hadn't been correctly logged,'' he said.

"So she filed an incident report.''

The logging error, Mr Kerr said, could potentially have caused a collision.

But since reporting the incident, the employee has been persecuted, he said.

The union would meet management today in the hopes of dissuading them from issuing the employee a warning.

Contacted yesterday, Dunedin Railways chief executive Murray Bond said he could not comment on the matter "because we've had legal advice on this''.

"I'm not allowed to give you any details of the dispute.''

Nonetheless, he rejected the union's assertion it was a health and safety issue.

"That was done and resolved - it's an employment issue rather than a health and safety issue,'' he said.