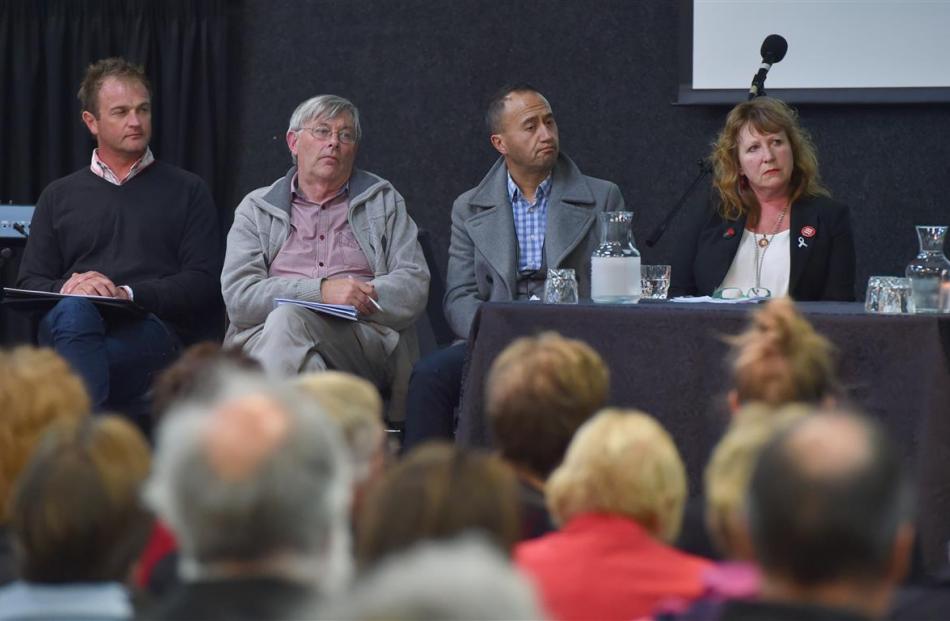 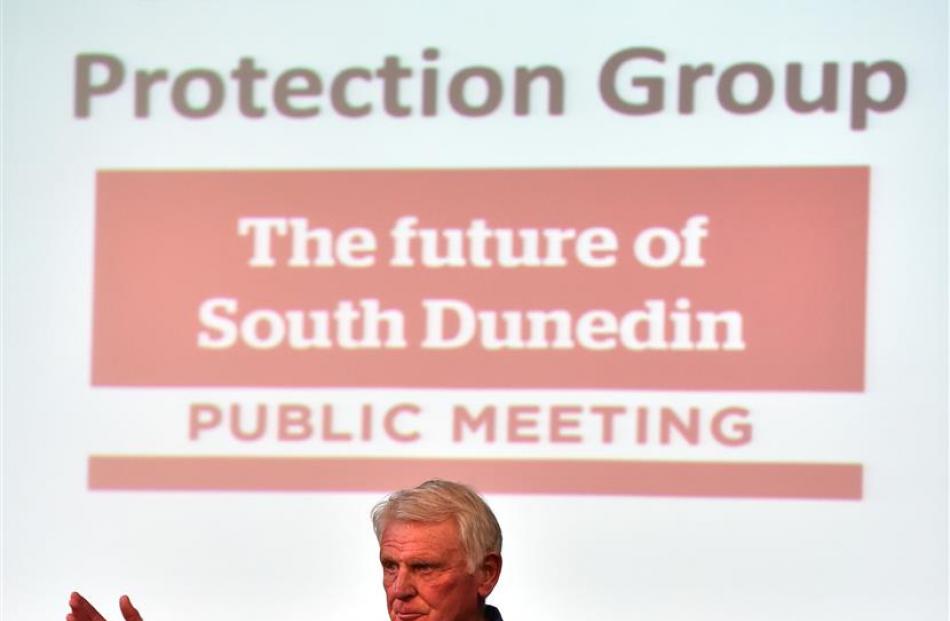 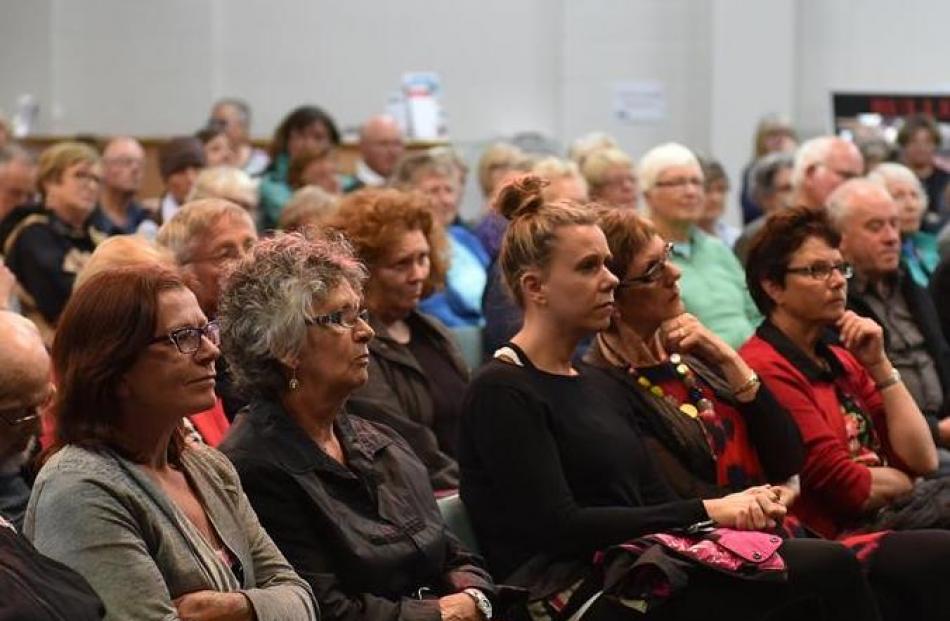 A section of the crowd at last night’s meeting.

As a short-lived rainstorm passed over Dunedin last night, about 150 South Dunedin residents gathered for a meeting about the lasting effects of another storm that hit almost exactly nine months ago.

The meeting, held at The Nations Church in King Edward St, was organised by Dunedin South Labour MP Clare Curran to set up a ‘‘South Dunedin Protection Group''.

Ms Curran told attendees the flooding in South Dunedin on June 3 last year ‘‘just should not have happened - and we have yet to find out why it did''.

South Dunedin had been ‘‘severely neglected'' and last year's floods were just one more example of that neglect.

Ms Curran dismissed Mayor Dave Cull's position that the flooding had to do with sea level rise.

‘‘Let's not confuse poor decision-making ... with a slow but inevitable rising sea level,'' she said.

They spoke about the various infrastructural and logistical issues that faced South Dunedin as the floods hit - the suburb's mud tanks and pumping system; the civil defence response.

And, for the most part, the audience stayed fully engaged, murmuring and nodding throughout an extended discussion of the suburb's mud tank system and groundwater table.

The final presenter, Ms Lonie, was the only one to speak at length about climate change and the need to address it.

‘‘Whether or not the floods were caused by climate change, they were typical of the kind of situation climate change is likely to make happen,'' she said.

Towards the end of her presentation, she suggested parts of South Dunedin ‘‘could become wetlands'', prompting angry murmurs from the crowd..

‘‘I know, some parts!'' she said quickly. During the question and answer part of the evening, questions critical of Mr Cull and the DCC attracted the most applause. Multiple speakers called on the council to ‘‘stop spending money on cycleways we don't need'' and spend the money instead on drainage.

Many of the questions targeted specific technical aspects of the city's drainage or pumping systems. Ms Curran said panel members could not answer every question. But the questions would be noted and taken to the council or the appropriate organisation, she said.