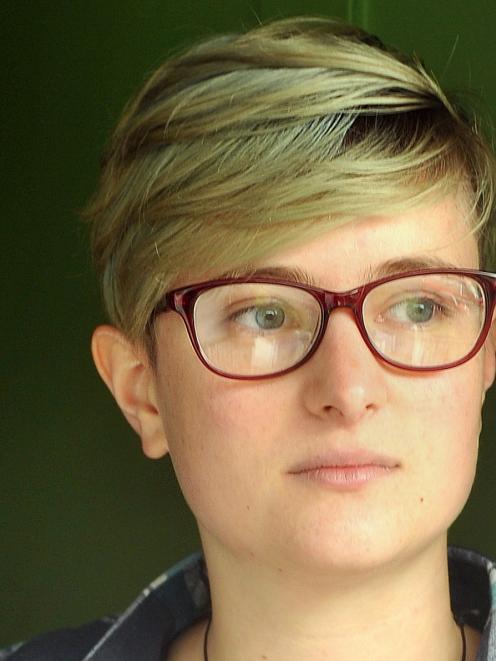 Scout Barbour-Evans
A Dunedin activist says the police have come knocking, asking about protest plans against the Trans-Pacific Partnership Agreement.

Scout Barbour-Evans, a Dunedin transgender activist who goes by the gender-neutral pronoun 'they', said two officers knocked on their door at about 10 this morning.

The officers wanted to know what the plans were for anti-TPP action in Dunedin, Scout said.

There have been scattered reports of anti-TPP activists in Auckland being called or otherwise tracked down by the police for questioning about their protest plans.

The police's interest in anti-TPP activists comes as opposition to the deal ramps up ahead of the signing in Auckland on February 4th.

The Dunedin-based TPP action group - of which Scout is not a member - has planned a talk on the TPP tomorrow, and an "action event" is planned to take place in the Octagon from 12-2:30 on Saturday.

National police media relations manager Grant Ogilvie declined to comment on Scout's account of the interaction, and said police would "not be making any statement about what we might or might not be doing'' ahead of the TPP signing.

A police press release said police would "plan for every eventuality which can be anticipated, and the measures we take will be appropriate and thorough''.

Prominent anti-TPP protester Professor Jane Kelsey said such monitoring of critics to the controversial agreement was "entirely predictable'' behaviour from the Government, and shows the "disrespect the Government has had throughout to people's right to voice their dissent about this negotiation and this agreement''.

"This is perfectly consistent with their attempts to shut down democratic engagement with, almost anything, but certainly with the TPPA.''

The Government was attempting to make a law and order issue out of the opposition to the agreement, she said, by painting those in opposition to it as radicals who posed a national security risk.

"One of the problems they've had is that the opposition has been a groundswell throughout the country of ordinary people from ordinary communities. If you look at the people who've been engaged in the marches it's been grandmas and grandpas and people with pushchairs,'' the University of Auckland law professor said.

"That's an image the Prime Minister I'm sure is quite desperate to dislodge.

"We've been seeing them progressively rolling out this strategy, or this attempt to redefine and create a law and order issue out of it.''

If the Government could "whip up some law and order frenzy'' in advance of the signing, she said, it believed it could "claw back some support ... for what is largely an unpopular deal''.

"The decision to hold the signing in the SkyCity Casino was the first indication that that would be their strategy, they could have decided to have it in a place that was going to be less provocative,'' she said.

"In addition we have the story then about police holding riot training around the country, and that was clearly set out there to reinforce that message, and I think this latest one is a further indication that they're trying to do a beat up.''

She wouldn't be surprised if Mr Key announced that for security concerns the signing would be moved to a more secure venue, she said.

"I just view this as an on-going political strategy to try to redefine the issue from being one of ethics and justice, and democracy and sovereignty to a law and order issue.''

Professor Kelsey said she had not herself had a visit from police - she's currently on a speaking tour throughout the country, and had just arrived in Christchurch before speaking to the Herald.

She said she did not know of anyone who had been visited by police either.

"My initial reaction is that it is a little heavy-handed. The protesters have a legal right to protest within the bounds of the law.

"During every single TPP rally, I can't recall any instances where protesters have been violent or aggressive.

"Unless the police know something we don't, the protesters have the absolute right to voice their concerns, as we live in a democracy.''

The Green Party said reports of the police visiting known activists to ask their plans for the TPP showed appalling judgement.

"Having police show up at your door to ask you what you plan on doing is chilling and the police know that" said Green Party Co-leader Metiria Turei.


"It carries with it an implicit threat and New Zealanders have the right to speak out and have their voices heard. Being an activist isn't a crime, being an activist is being passionate about something and last time I checked that wasn't illegal.

"If this was a national directive, then police need to reflect on what role they perform. Should we feel safe when we see a police car in our rear view mirror, or should we feel afraid?"

New Zealand First leader Winston Peters says the police will need to have an explanation for their actions.

"If the police are asking them if their protest requires traffic supervision then that would be legitimate, or if they may have heard there will be a serious breach of the law, but anything beyond that wouldn't be.

"The right to protest is one of our fundamental rights, legitimately protest that is."