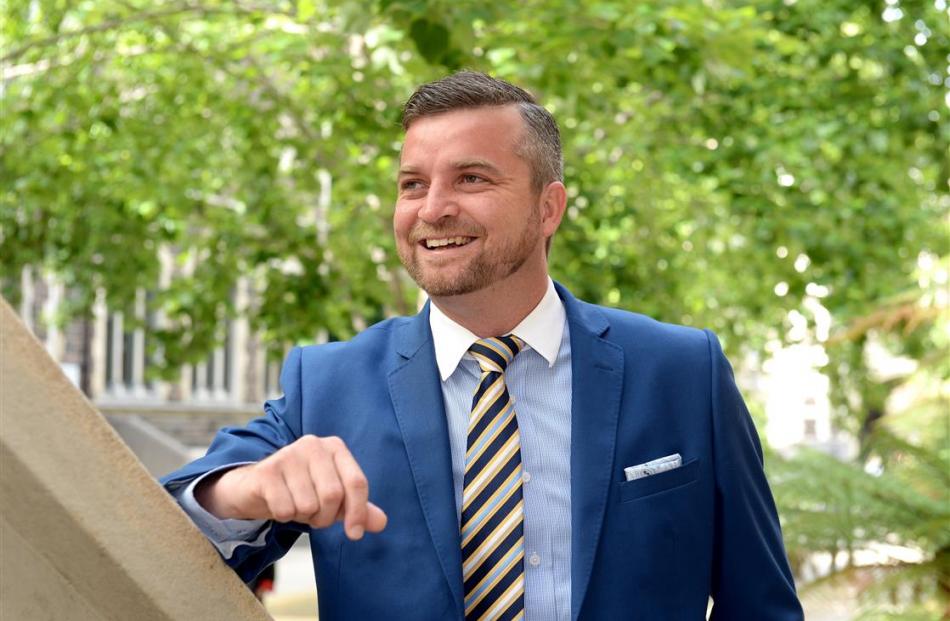 Stephen Willis will take over from University of Otago chief operating officer John Patrick in April. Photo by Linda Robertson.

Stephen Willis will be taking the operational reins of the University of Otago in April, but for now, mum's the word on what will change as a result - if anything.

The incoming chief operating officer has worked previously as the senior director of built environment at a non-profit health services company in Australia.

Mr Willis, who arrived in Dunedin in August, has been working as the university's capital project unit manager for the past six months.

He has never worked in the tertiary sector before, although he pointed out he was a student for about 10 years, getting a degree in nursing and then two master's degrees.

But he said the health company he worked for and the university would probably not be that different.

"The hospital I was responsible for had 7000 staff [and] hundreds of thousands of patients,'' he said.

"Most of what I'll be responsible for [at Otago] is, again, quite similar to the services I used to run - as opposed to patients being the core focus, students will be the core focus of everything that we do.''

His lack of experience in the tertiary sector would be a boon, not a drawback.

"If anything, it will bring positives in terms of fresh eyes looking at the industry from a completely different viewpoint.''

He declined to specify what effect his "fresh eyes'' might have, however.

"I think it's probably a bit premature of me to suggest anything. I don't believe in change for the sake of making change.''

There were a couple factors that contributed to the decision for Mr Willis and his family to move to New Zealand, he said.

"My CEO who I'd worked with for a long time announced he was going to retire; my wife and I lost our fourth child last year; [so it was] a combination of a range of things that made us reassess where we were, so I purposefully started looking for a job overseas.''

New Zealand was an obvious choice, he said, because his father was a New Zealander, he had family here and he had spent time here on holiday.

So far, he had not regretted the decision to move.

He will take over as chief operating officer on April 11, and early next month will begin shadowing the incumbent John Patrick, who announced his retirement last year.