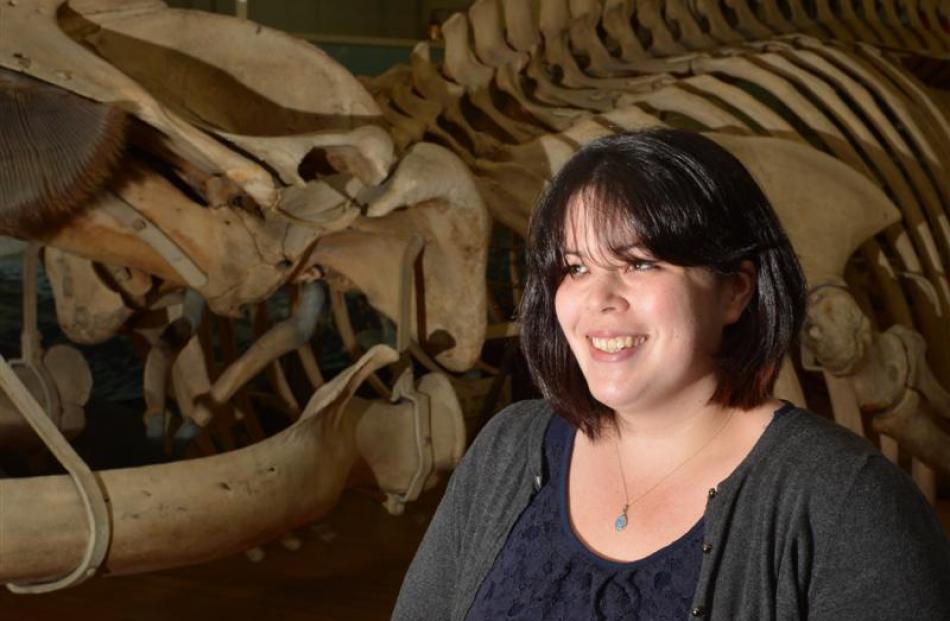 Recently appointed Otago Museum conservator Nyssa Mildwaters is excited to have taken on the challenge of helping protect and conserve the museum's two million objects, large and small.

Among the smallest items in the museum collection are tiny preserved insects.

And some of the biggest artefacts include a 17m-long fin whale skeleton that takes pride of place in the museum's maritime gallery.

Born in Australia, Ms Mildwaters (30) spent much of her early life in Britain and Europe, and was a conservator at the Royal Armouries Museum in Leeds before taking up her Otago post in late August.

Some conservation work had been undertaken at the museum, but the institution has been without a full-time conservator for years.

In a briefing to an Otago Museum Trust Board meeting last month, she outlined the need to spend about $49,000 to re-establish the museum's conservation laboratory as a working facility.

She also hoped to acquire some larger-scale conservation-related equipment in the longer term, but much of this was on a ''wish list'' at this stage, she said. ''The collection is just amazing,'' she said.

She acknowledged the large size and widely varied nature of the museum's overall collections, and joked that she could spend ''several lifetimes'' exploring everything held there.

Her job involved an ''amazing opportunity''.