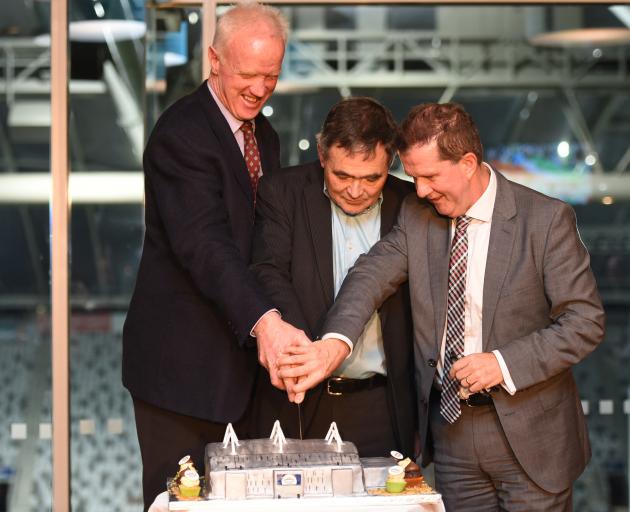 Yesterday, the stadium celebrated its fifth birthday and, by coincidence, made it on to  Popular Mechanics magazine’s list of the "World’s 20 Most Impressive Stadiums" at ninth place.

The list includes venues such as the Bird’s Nest in Beijing, Wembley Stadium in London, Fenway Park in Boston  — even the Colosseum in Rome is on the list.

The international  technology magazine, published since 1902, said Forsyth Barr Stadium was chosen for the list because it did something that no other stadium in the world did — grow grass in an indoor venue.

"The 30,000-seat stadium in New Zealand offers a completely transparent ETFE roof, allowing spectators a climate-controlled environment at all times but still with a natural grass field for events.

"Beyond the natural grass, the stadium exhibits all the amenities of a traditional stadium, just with that little bit of extra transparency."

"It’s incredible. You take it with a pinch of salt, always. But the reality is, when you’re matched up against stadiums that are global leaders, it shows we punch way above our weight.

"It’s the best birthday present ever. It couldn’t have come on a better day, to be honest."

Dunedin Mayor Dave Cull was also delighted, if not a little amazed, by the accolade.

"They have named Forsyth Barr Stadium the ninth most impressive stadium in the world, ahead of Wembley and Maracana, and the latter is the main stadium for this year’s Olympics.

Former Dunedin mayor Peter Chin said the listing was "a bonus’’ to what was a magnificent facility.

"I smile inwardly every time I go past this place and hear people talk about it.

"Despite all the criticisms that were made at the time, time has now proved that this project is progressing Dunedin and it’s well worthwhile."

Since  it  opened in 2011, more than 1.35million people have visited the stadium for a variety of events.

Those ranged from the Rugby World Cup, to the first concert by Sir Elton John with 35,500 fans, through to community group events such as the 125th anniversary of the Dunedin Kindergarten Association where 880 preschoolers had  fun under the roof.

Mr Cull said the wide range of sporting, cultural and community events had delivered considerable benefits for the city.

"I’m excited to see what the next five years and beyond will bring."

Mr Davies said he was extremely proud of what was being achieved and was excited about the future.

The main focus was to deliver economic benefit to the city, and provide the community access to the venue, along with engendering community pride at having a venue of this quality in the city.

He believed the stadium was the most popular venue for the country’s top rugby teams, and from a concert perspective, it was now firmly on the radar of all international promoters.

As part of the  stadium’s birthday celebrations, a public open day will be held tomorrow, with free, pre-booked  tours operating at the facility, at 11am, noon, 1pm and 2pm. john.lewis@odt.co.nz

Right, now lets see if the new rating can bring in any more money.