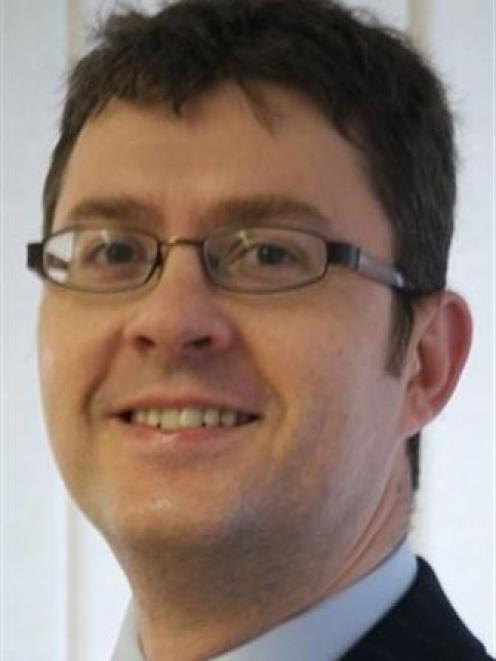 Paul Orders
The Dunedin City Council's new chief executive is yet to get his feet under the desk, but is already aiming high.

Welshman Paul Orders and his family flew into Dunedin - via Auckland - last Saturday, and have spent the last week on a rapid-fire familiarisation tour of the city before his first day in the role on Monday.

Speaking to the Otago Daily Times yesterday, he said there was a lot to be done over the next few weeks as he embarked on a "steep learning curve".

However, he was already enthusiastic about Dunedin's potential, believing it had the makings of "one of the great small cities".

"Dunedin has great potential. It could be one of the great small cities. What it also needs to have is a very high-performing city council.

"I want to ensure that I deliver that, in partnership with the mayor, the councillors and the wider community.

"I will be looking to move the organisation forward significantly," he said.

Just how that was to be achieved was yet to be determined, but Mr Orders had already held several meetings with Dunedin Mayor Dave Cull and was scrutinising the council's spatial plan, other key documents and issues.

He planned to meet other council staff, councillors and representatives from Dunedin's key organisations in the coming days.

"That really is about me learning about Dunedin, about local aspirations and about what needs to be done to help take the organisation and the city forward."

He would also grapple with his first full council meeting on his first day. The council is due to meet at 2pm on Monday.

He would also spend the next few weeks finding a home, and a school for his children, aged 8, 6 and 3.

Mr Orders did not make it to Otago Stadium for the city's first Rugby World Cup clash, having arrived in Dunedin just hours before kick-off, but was impressed by the city's preparations.

"Putting on a major event like that - you know, that's no mean feat. It requires quality city management and I think Dunedin demonstrated that it's got that."

But, like any true Welshman, Mr Orders also displayed a neat sidestep - laughing heartily while politely declining to compare Dunedin's planning efforts with Auckland's transport meltdown, or to wade into debate over the Haka Peep Show art work.

"Don't draw me into that in my first week," he said.