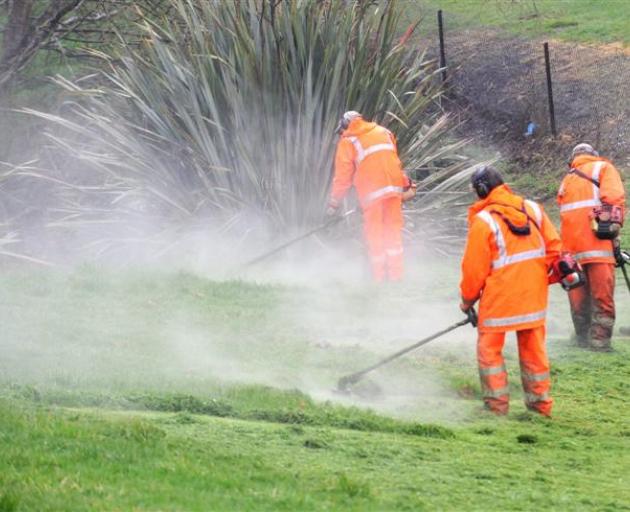 Dunedin streets may be about to be overrun by the latest transport craze sweeping the world.

The Gauswheel is a cross between a unicycle, a skateboard and a scooter.

The suitcase-sized machines, which cost between $300 and $600, can reach speeds up to 30kmh and are aimed at inner-city commuters.

They are operated like a scooter, with footplates on either side of the main wheel, while steering is controlled with a slalom skiing motion.

''We're getting four or five people in a day looking at them,'' he said.

''I think their main market will probably be the students, but they're really for anyone, of any age.

''If you've got a reasonable sense of balance you'll be able to ride one.''

Silver Fern Sports marketing manager Kent Rae, of Tauranga, discovered the Gauswheel at a trade fair in Canton in October.

''They're becoming very popular in Europe and the States, but this is the first time they've been in New Zealand,'' he said.

''It's basically like having a bicycle wheel between your legs.''

The Gauswheel was named after the initials of its Hungarian inventors, Andrew Goczey and Soma Ungar.

A prototype was developed in the early 1980s and perfected in 2001.

The latest model was rolled out in New Zealand late last year and arrived in Dunedin two weeks ago.

New Zealand Transport Agency media manager Andy Knackstedt said the Gauswheel was classed as a ''wheeled recreational device'' and subject to the same road rules as skateboards and scooters.