New life for newspapers on internet 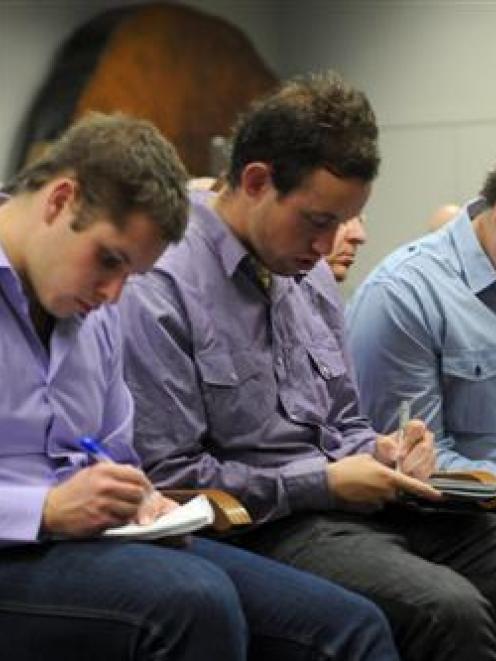 Instead, the future for many newspapers would be found online, but the key issue to be tackled was still finding a way to make websites pay.

That was the challenge dissected at last night's "The News: What's the Future?" panel discussion at the Otago Museum's Hutton Theatre, chaired by Otago Daily Times editor Murray Kirkness.

Mr Kirkness pointed to the publishers of Britain's The Guardian newspaper, who had lost 33 million ($NZ64 million) in a year despite operating one of the most popular news websites in the world.

The biggest reason for their decline was a drop in advertising revenue, particular from situations vacant, as advertisers moved away from print to online, Mr Kirkness said.

In New Zealand, newspapers were also shedding readers and advertising revenue, although Mr Tulett said both the Southland Times and ODT remained strong and profitable. He predicted they would be among the last daily titles printed.

However, Mr Tulett believed the future for printed newspapers was small, community-focused publications such as the Fiordland Advocate, while larger operations with higher costs gradually moved online.

The key to online success would be to continue offering what others did not - strong local news - and attracting enough readers to convince advertisers to support the online product, he believed.

Dr McGuire believed the model of news transmission was now more focused on sharing, through social media in particular, but much of the content still traced back to newspapers and traditional journalism.

"Good journalism will prevail, and will be provided, and will be necessary, on whatever platform it's delivered."