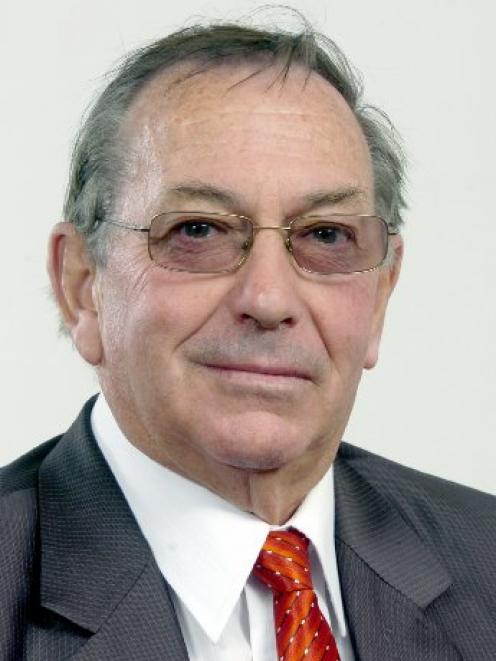 A proposed $11.5 million Mosgiel pool complex has been confirmed as the top-priority project by the Dunedin City Council's aquatic facilities working party.

Coming in a close second was a $13.2 million upgrade of Dunedin's Moana Pool, involving construction of a new pool and car parking building, linked by a bridge over Littlebourne Rd, and moving the popular hydroslide - possibly to the Mosgiel pool - to make room.

In third place was construction of a specialist $7 million training pool at the Forsyth Barr Stadium, with input from the University of Otago and Dunedin Venues Management Ltd.

Working party chairman Colin Weatherall said funding constraints meant the Mosgiel pool was unlikely to be built next year, but he hoped - with support from councillors - work could begin within three to five years.

However, the proposal was yet to be considered by other councillors and put out for public consultation, so funding had not been confirmed.

A report detailing the working party's findings would be considered at the community development committee meeting next week.

It recommended the Mosgiel pool proposal be referred to the council's long-term plan hearings, beginning in January, for consideration alongside other council projects.

That would allow councillors to debate the merits of the plan and the community to be consulted, Cr Weatherall said.

Detailed concept drawings had been prepared and showed a 2m-deep 35m by 25m pool designed for training and water sports, as well as separate leisure and learners pools.

"It's a genuine aquatic facility that would service ... a very high level of demand and use.

"It's certainly not just a splash pool. It's much, much better than that," Cr Weatherall said.

The new complex would replace Mosgiel's existing but dilapidated community pool, which was labelled a "horse trough" by Mosgiel Taieri Community Board and working party member Martin Dillon earlier this year.

Two sites for the new pool - annexed to the existing grandstand at Memorial Park, or at Seddon Park - had been identified but would be discussed with the community board, Cr Weatherall said.

The progress came after public criticism of overcrowded facilities prompted the council to commission a report by consultants SGL Group New Zealand, which last year recommended investment to address problems.

The working party was created in May last year and had spent the past 18 months scrutinising the options.

Cr Weatherall said Moana Pool was running near capacity, with no spare water time for new users, and Mosgiel's pool was "not in good shape".

Consultants Deloitte peer-reviewed the options and recommended an upgrade of Moana Pool as the "best overall trade-off" between costs and likely benefits to Dunedin.

However, Cr Weatherall said the working party had given more weight to the community benefits of a new purpose-built pool in Mosgiel.

Moana Pool "ran a pretty tight second" but the working party felt a Mosgiel pool serving Dunedin's southern catchment - including Mosgiel, Green Island, Fairfield, Saddle Hill, the south coast and any spillover from the central city - would be more beneficial, he said.

The work involved a "significant amount of money", but cost estimates were believed to be "relatively accurate" and it was possible the council's share could be offset by community fundraising, he said.

"It's all about funding, basically. If we had $25 million, we could do both of them.

"It would be great for the city to have both of them done, but common sense tells us we don't have the ability to do both ... not at the moment."

Any upgrade of Moana Pool could see the hydroslide moved, either to another location within the improved pool complex or to the new pool at Mosgiel, but it would not be "mothballed", he said.

The stadium pool remained "the third cab off the rank" but would be "a long way off" and would require the commitment of other parties, such as the University of Otago, to proceed.