By Daisy Hudson
0 Comments
Dunedin's newest police recruits might differ in size - and fluffiness - but they’re equally keen to hit the beat.

Two new constables have returned to the South from police college, while two police puppies have arrived to begin their training.

Constable Desiree Hoera (34) and Constable Larissa Muir (31) are in week four of their new jobs in road policing.

Const Hoera (Ngati Kahungunu, Kai Tahu) has returned to her home city, while Const Muir has moved to the big smoke from Balclutha.

For Const Hoera, joining the police was about representation.

‘‘I’m Maori, so I believe that the police should reflect our community and believe we need more female Maori officers, so that was kind of my drive,’’ she said.

Const Muir was hoping to put her education degree to good use by eventually moving into youth aid work.

She said she joined police to help people. 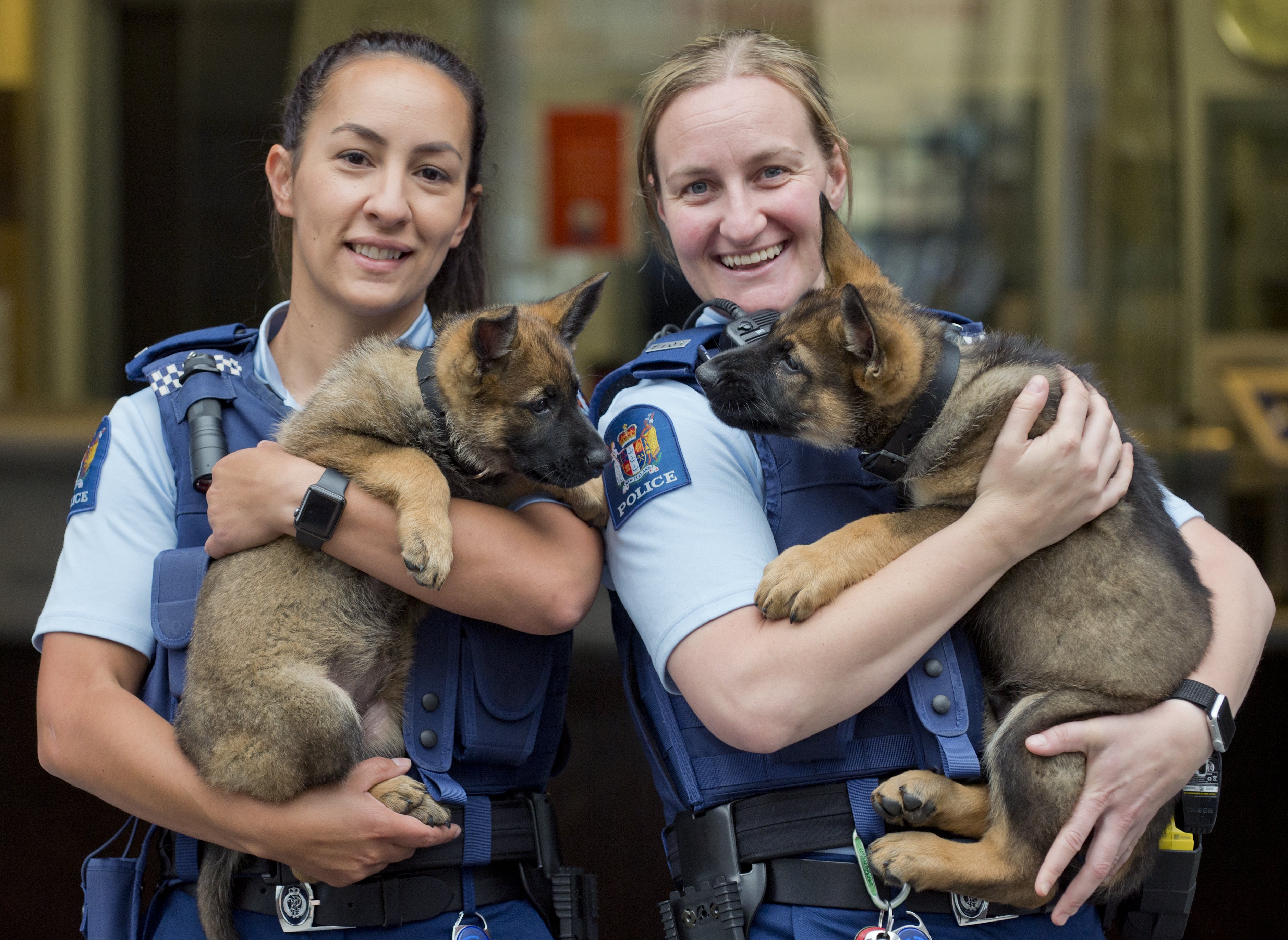 Fully training a police dog costs about $70,000 and can take anywhere from 13 months to two years, depending on the dog.

Police dogs were usually Alsatians, because they were strong enough to take people down and good to teach, he said.

Not all puppies will go on to work with police. Those dogs may be offered to search and rescue teams, airport security, or re-homed.

Dunedin has four dog handlers and seven dogs, and usually gets two new puppies each year.

Sgt Calvert, who has been a dog handler for 16 years, said it was one of the more sought-after jobs in policing.

‘‘It’s awesome, it’s all the action. Just working with dogs is the main thing - to solve crime and prevent crime.’’

While other officers can go home and switch off, dog handlers take their work home with them.