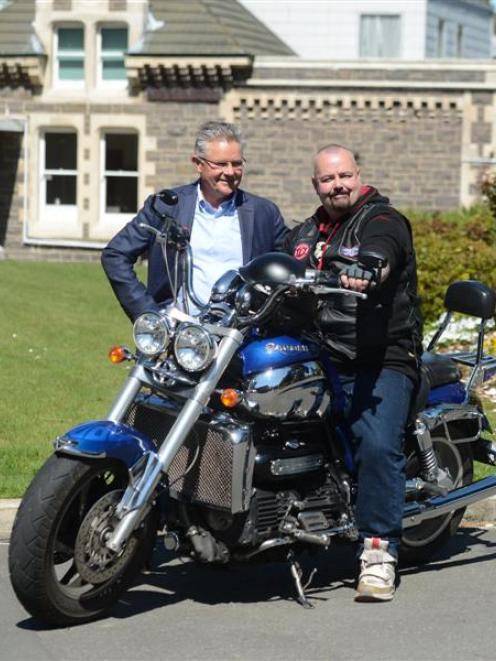 Faced with switching to insulin as the next step in his type 2 diabetes treatment, he agreed to try a highly experimental treatment.

Mr Solomon (45), of Balclutha, is the second person in the world to receive the procedure - a heat treatment applied to a liver artery.

Dunedin was also the site of the first such procedure on a patient.

It is funded by a company in the United States called Metavention.

The treatment aims to delay or prevent type 2 diabetes sufferers from needing insulin.

Mr Solomon has passed the six-month mark with no ill effects, a crucial milestone after the experimental treatment.

He has been closely watched by clinicians.

And there is more good news - his blood sugar levels are down, and he has made no other change that could account for the improvement.

He continues to take oral medication.

Mr Solomon believes the treatment could have a big part to play in controlling the diabetes epidemic, especially among Maori and Pacific Islanders.

Becoming insulin-dependent would have been problematic for his job as a motorcycle relocation specialist.

And he is no fan of needles - ''despite having tattoos all over me''.

Cardiologist Associate Professor Gerry Wilkins said experimental treatments could be risky, and he was careful to choose the right patients.

''We're tending to go for people whose diabetes is at least moderately out of kilter, moderate to bad.

''If it was all `sweet as', you probably can't justify starting on that route, and probably the patients wouldn't want to.''

Dunedin is about to treat its sixth patient, while six patients have been treated in Wellington and Auckland hospitals.

If it proved a big success, the treatment might be used for people in the earlier or later stages of type 2 diabetes.

This trial is a safety study, meaning the most important consideration is whether it might harm patients, Prof Wilkins said.

Prof Wilkins is taking part in the study as a University of Otago researcher, carrying out the procedures at Mercy Hospital.

It involved executing ''four burns in very specific spacings across the artery''.

A similar procedure in a different artery was used to treat blood pressure.

''The safety data is incredibly clean - there's been absolutely no issue whatsoever with safety.

''And we are starting to see some clear signs of effect as well, so it's an exciting time in that regard.

''If this works as we think it will then it could prevent a lot of patients from going on to insulin.''

New Zealand was a good place to trial treatments, as its ethic regime was straightforward, he said.

The procedure was tested in animals previously, Dr Azamian said.