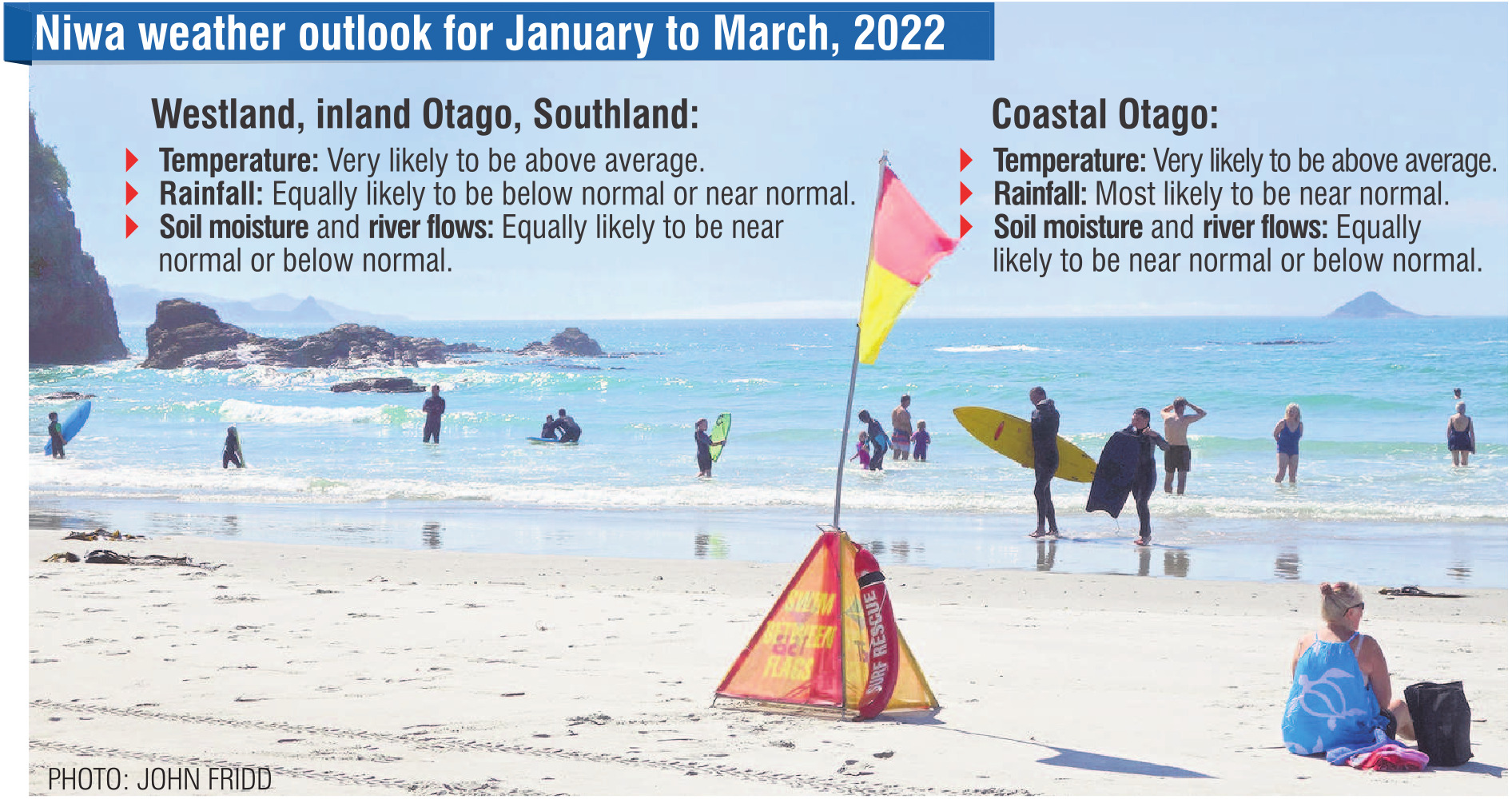 Keep the sunscreen handy — warmer, drier-than-average weather looks set to continue in the southern regions during the next three months.

Niwa National Climate Centre forecasting principal scientist Chris Brandolino said La Nina conditions strengthened in the equatorial Pacific in December and there was an 80% chance it would continue to be a key climate driver for New Zealand.

"This is expected to continue to have a strong upward influence on air temperatures and humidity," he said.

"For the northern North Island, the magnitude of the marine heatwave surpassed the previous record-breaking event of summer 2017-18.

"In the western and eastern North Island, the event has been consistent with summer 2017-18."

The La Nina conditions meant there would be more winds from the northeasterly quarter than normal, bringing above-average temperatures to the West Coast, Otago and Southland.

"Warm nights and periods of high humidity will continue to be a factor.

"Subtropical northeasterly winds and a lack of southerly fronts may mean that cooler than average temperatures occur quite infrequently," Mr Brandolino said.

"More common offshore winds may increase the frequency of hot days along the West Coast.

"However, eastern areas of both islands may experience a reduction in hot days due to more frequent onshore winds."

On the West Coast, inland Otago and in Southland, rainfall totals were about equally likely to be below normal or near normal.

"Patterns of high pressure near the South Island may contribute to drier conditions around the hydro lake areas. Particularly dry conditions are probable during January."

However, in coastal Otago, rainfall totals were most likely to be near normal, and predominant onshore winds might influence more cloud cover and drizzle, he said.

Soil moisture levels and river flows are equally likely to be near normal or below normal in Westland, Otago and Southland.