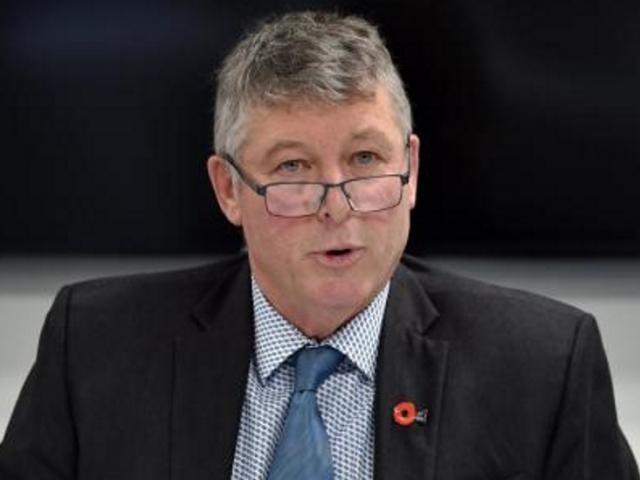 Andrew Noone. Photo: ODT files
No report was produced as a result of mediation between councillors and Otago Regional Council staff, the council’s chairman says.

The record of meetings associated with the process remains privileged, Andrew Noone said.

In March after a series of tumultuous meetings at the council, Cr Noone and chief executive Sarah Gardner heralded "vital and welcome" help that was on its way to get the relationship between councillors and staff back on track.

In the wake of Mrs Gardner’s resignation last week and her imminent move to Wellington after finishing up with the council on Wednesday, the council could not provide a result of the reconciliation process.

"There was not a report produced as a result of the reconciliation process, the record of the council meetings associated with that matter haven’t been considered by governance for release," Cr Noone said.

A joint statement in March from Cr Noone and Mrs Gardner said councillors agreed in a public-excluded meeting to begin a process with expert external assistance to review and restore a positive and constructive relationship between council governance and staff.

The mediation would allow the council to focus on its commitment to the Otago community and its "extensive programme
of environmental work", the statement said.

At the closed-door meeting councillors also agreed public commentary on the process would be supplied jointly by Cr Noone and Mrs Gardner, it said. No commentary was supplied.

Earlier this month, Environment Minister David Parker ordered a second investigation into the council by former chief freshwater commissioner Prof Peter Skelton. The order came after the council brought to Mr Parker’s attention a likely delay to its land and water plan, due at the end of next year.

Prof Skelton is tasked with investigating whether the council is adequately carrying out its functions in relation to freshwater management.

He is due to report back to Mr Parker by the end of the month.

When Mrs Gardner announced her sudden departure last week, she said that as she neared the end of her five-year contract it was natural for her to seek opportunities elsewhere.

She said councillors were "gracious" for allowing her to leave with just seven days’ notice.

"I have full respect for the councillors," she said.

An interim replacement for Mrs Gardner has not been announced, but Cr Noone said last week that he and Crs Michael Deaker and Kevin Malcolm would identify suitable candidates to take on the role of either acting or interim chief executive before a forthcoming comprehensive recruitment process.

Yet another failure to deliver! These people are wasting ratepayers money and are not fit to govern. The CE just walking out giving virtually no notice shows contempt for Otago and a lack of professionalism. Councillors have neither the skill or sense to select good executive candidates and have made poor decisions that have cost ratepayers millions of wasted dollars. If they had any integrity they would resign and give up their jobs to Commissioners!