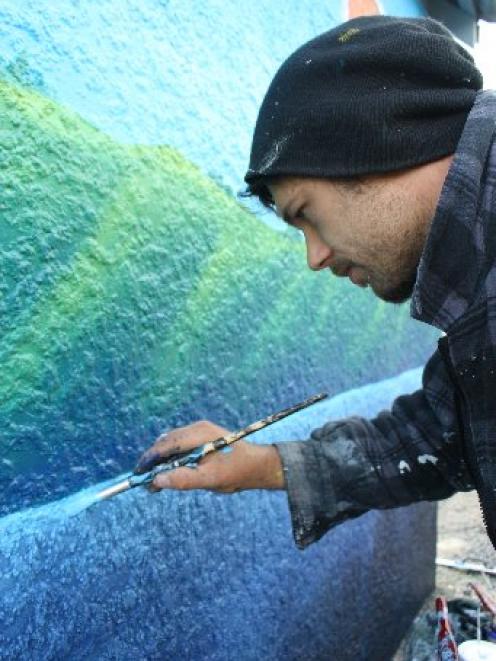 Painted tribute: Dunedin artist Daniel Mead works on his mural at the Company Bay bus shelter. When finished, the shelter will have a portrait of John Noakes to celebrate the work he did painting bus shelters around Dunedin. Photo by Tim Miller
Being asked to paint a tribute to the late Dunedin artist John Noakes was a real honour for artist Daniel Mead.

Mead has done repainting and touch-up jobs on a number of Noakes' bus shelter murals around Dunedin and said it was a great honour to be asked to paint the tribute.

"The cool thing is they are really appreciated by the communities - everyone from the older generation to boy racers have told me they really like the murals," he said.

The tribute to Noakes will be officially opened on Sunday, April 15, in Company Bay.

Noakes' portrait will be painted on the side of the shelter facing the road.

The rest of the shelter will be painted with an artwork inspired by one of Noakes' murals.

Over a space of 10 years Noakes painted 65 bus shelters in and around Dunedin.

As part of the tribute, the Keep New Zealand Beautiful (KNZB) mural campaign will be launched.

The campaign is a nationwide promotion of how KNZB and KDB are working with communities to help them become free of graffiti. 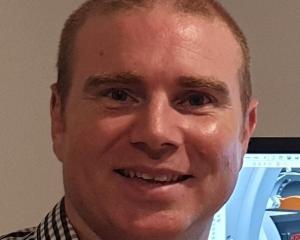