Noone frontrunner for ORC top role 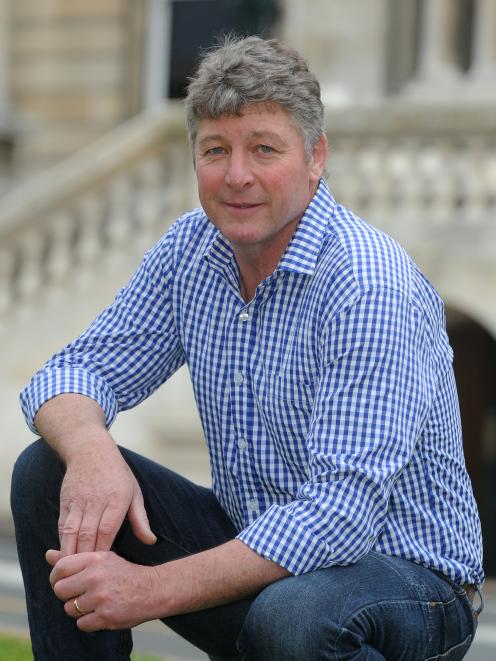 Andrew Noone. Photo by Christine O'Connor.
Andrew Noone has emerged as an early frontrunner to take over from Otago Regional Council chairwoman Marian Hobbs if she is removed from the role.

However, Cr Kevin Malcolm has also declared his intention to stand and the plans of former deputy chairwoman Gretchen Robertson are not yet known.

Nobody else has yet indicated a willingness to put their name forward.

"There is only one person for the role and that is Andrew Noone," deputy chairman Michael Laws said.

Cr Laws pointed to Cr Noone’s experience, character and easy manner and his willingness to work with all councillors.

He also has the backing of Michael Deaker, who said Cr Noone was "thoroughly versed in local government affairs" and he chaired meetings well. Cr Robertson would be his second preference, Cr Deaker said.

Cr Malcolm said he would put his hand up for the role if Ms Hobbs was voted out.

An extraordinary meeting will be held on July 8 to determine whether Ms Hobbs should be removed as chairwoman.

Nine councillors started the process this week to oust her after she said she would not stand aside. Two declined to sign a letter calling for her removal.

Ms Hobbs has been criticised for pursuing an agenda aligned with the Government’s, rather than one in harmony with most of her team.

Ms Hobbs said she continued to work hard in the role.

She said that, if removed from it, Cr Robertson would be her first preference and Cr Noone her second.

Unhappiness about efforts to improve water quality in the region had fuelled the move to oust her, she said.

Cr Noone said, if chosen as chairman to succeed Ms Hobbs, he would work to bring councillors together as a team.

"I believe I have the ability to unite the council."

Competition for the position was healthy, he said.

Cr Gary Kelliher said he would not stand but indicated he could back either Cr Noone or Cr Malcolm.

Crs Hilary Calvert, Kate Wilson and Carmen Hope ruled themselves out of the running but declined to declare whom they might support.

Cr Bryan Scott, a supporter of Ms Hobbs, declined to comment and Cr Alexa Forbes ruled herself out but said she planned to wait for the meeting before expressing a view on who she might support.

There we have it. The farming lobby getting their way. Hobbs is well qualified to do the role, and simply because she isn't rubber stamping the continuance of ancient, and finally expiring, (since gold mining days!) water rights, the self-entitled few have worked to undermine democracy for their own end, yet again.
Both Noone and Malcolm are so deep in their farmer-centric lives and view, that they can't see any other perspective. As such, they are simply not worthy of the role. Laws, as was the case up North, has never been one to acknowledge the importance of transparency, professionalism or democratic process.
Take a look at Canterbury and see what ridiculous environmental degradation has been caused by corporate farming interests up there. The cost now, to CCC ratepayers, of maintaining quality drinking water is huge, yet eCan continues to bullishly push the agenda of a big corporate who has bought their souls.
Don't make the same mistake here Dunedin! Farming interests need to be kept at arms length, as their agenda is purely profit. This is not mum and dad farmer, this is faceless corporate entities undermining democracy, ensuring we pay the cost of their destructive ways.

Quoting LePeche - "Farming interests need to be kept at arm's length, as their agenda is purely profit."
Virtually all food comes from farming. Virtually all food requires the input of water.
While farming hasn't been ideal for our waterways, more is known about the problems it causes and more is being researched into how to limit the damage. Those 'profits' can well be redirected into better practices.
Fact is, the populations are growing, we all need to eat; so farming, in whatever form, is vital for our survival. Alienating farmers is not the answer. Improving how we farm and how we use water is the way ahead. I think farmers have had about enough of being kicked in the guts by the ignorant general public. Unless you have a better idea on how to produce food without water? Or maybe limit childbirth!
Hobbs was far too out of touch. Throwing her toys out of the cot was the nail in the coffin.

Buzz Thur, Limiting the population is by far the best solution. Meanwhile, it may be best not to call the general public 'ignorant' if you wish not to alienate them. Marion Hobbs is also very much in touch with scientific studies on climate change and was charged by us, the voting public, to modify the control that farmers have had on matters concerning the land and water which affect us all. She had the largest number of votes for the ORC and we the public will be watching carefully.

Nash, Friday. My statement in regard to the general public may indeed have been somewhat 'sweeping'. However, many criticisms levelled at the 'general farmer' can also be a little too 'sweeping'. But yes, I do take your point. A lot of people are doing their level best for positive change.