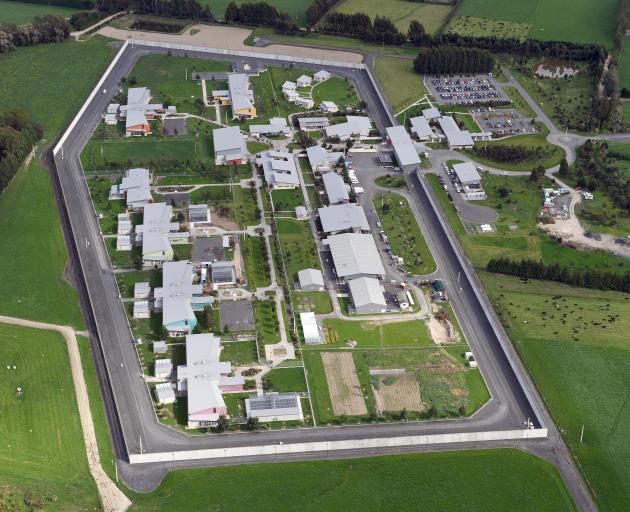 Otago Corrections Facility. PHOTO: STEPHEN JAQUIERY
The number of prisoners locked up in Otago is dropping, as the minister responsible says a potential crisis has been averted.

The population of the Otago Corrections Facility in November last year was 477, information released under the Official Information Act shows.

In April last year, a Department of Corrections review of the Otago Corrections Facility revealed the prison was running at close to capacity and double-bunked.

It also found the population growth and high number of transfers had put pressure on staffing and resources, including healthcare.

The trend was reflected in the national prisoner population, which dropped to 9983 in November last year after peaking at 10,820 in March 2018.

Minister of Corrections Kelvin Davis said prison numbers had stabilised since then.

That came after years of "rapidly rising" numbers, he said.

"We simply couldn’t afford, both financially and socially, to continue in that direction.

"The work that’s been done under our Government finally saw a significant reduction, and in doing so we averted a potential prison capacity crisis."

That had been achieved by preventing unnecessary delays for people in the justice system, targeting blockages to make the system more effective and reducing the likelihood of future offending by giving extra support to defendants on bail, he said.

While it was a good start, there was still a long way to go to reach the Government’s target of reducing the prison population by 30% over 15 years, he said.

The Government was also working to tackle the over-representation of Maori in prisons, which was "devastating".

"Our priority as a Government is less offending, less reoffending and fewer victims of crime, who are better supported."

Corrections Association president Alan Whitley said, overall, there were enough beds for prisoners — but whether they were the right kind of beds was a different story.

"We are having some difficulties in the remand space," he said.

"Because they’re a different category of prisoner that you’ve got to keep away from the other prisoners, you can’t put a sentenced prisoner with a remand accused."

Hundreds of additional beds would soon be available in Auckland if enough extra staff could be found, he said.