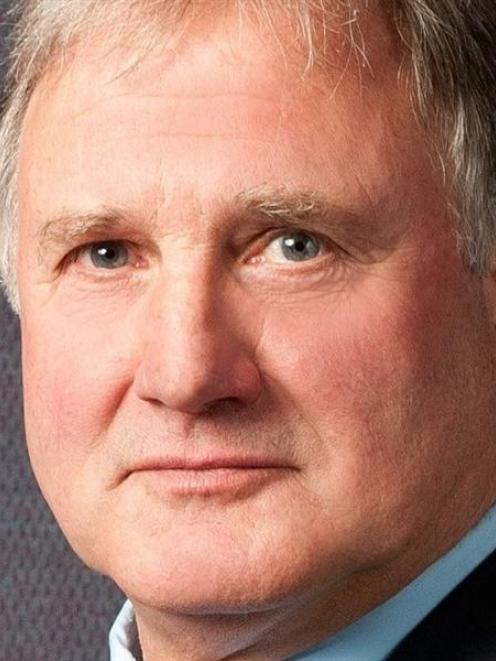 Gerry Eckhoff.
An Otago regional councillor has filed a notice of motion to the Otago Regional Council encouraging it to support Anadarko Petroleum Corporation and Shell New Zealand's deep-sea oil drilling explorations off the coast of Otago.

The motion follows threats by anti-drilling group Oil Free Otago to block shipping lanes in Otago Harbour with a flotilla of up to 260 boats, to stop oil and gas companies from using Dunedin as a service port.

The flotilla could also be rallied in the open waters around Otago's coast as part of its protests against the petroleum giants.

Otago regional councillor Gerry Eckhoff said there was a need for ORC councillors to express a view on the issue, because it was a body of one of the official representatives of the people of Otago - not just Dunedin - and he was concerned a vocal minority might jeopardise the economic prosperity of the region.

With that in mind, he has sent a motion to the ORC which reads: ''The Otago Regional Council should endorse (in principle) the exploration for oil and gas off the Otago coast''.

The motion will be discussed at the council's next meeting on January 29.

''Good on those with views opposing exploration off the coast and expressing their opposition in a very overt way, but I suggest that yet again, the silent majority are in danger of allowing the clatter of the few to overpower the inaudible majority.''

Mr Eckhoff said it was ironic that the Project Hayes wind farm, which hoped to produce clean, non-fossil-fuel energy, was stopped recently by an environmental lobby.

''It's dollars to doughnuts that the same protest faces will appear that were also involved in stopping Project Hayes.

''That's fine, and I endorse their democratic right to do so.

''But this time, let those who still believe in Dunedin and Otago, speak out with an equal voice.''

Mr Eckhoff was not the only person to respond to Oil Free Otago's flotilla announcement.

There were many responses to the protesters on the Otago Daily Times website, ranging from critical or cynical to supportive.

A response posted by Gazzamombazza said if it wasn't so serious, it would be funny.

''Greenies in plastic macs, paddling plastic boats, holding plastic signs protesting against fossil fuel, driving to the protest in vehicles made by and powered by fossil fuels - I wonder how they heat and light their houses?

''Sensible Dunedin people need to find a way to drown out these perpetual whingers, otherwise we risk losing the biggest opportunity for Otago since gold was found.

''Anyone fancy a counterprotest next time the tree huggers get together?''

''Don't allow a few protesters who are disingenuous with the facts to derail what will be an economic boom for the local economy for the next 50 years.''

There was still support, too, for the protesters on the website:''Good on these people for having the guts to question the logic of having foreign-owned companies march in and fleece us - not only environmentally (both short term and long term), but also economically (since the profits from any venture are not going to end up in Dunedinites' pockets).

''It seems all it takes for the spineless morons of this town to roll over is the promise of a few jobs and riches for all.

''Yeh, right - heard it all before when they built the white elephant stadium.

''And by the way, what do you expect people participating in this protest to travel in, in a world which has refused to develop practical alternatives?''