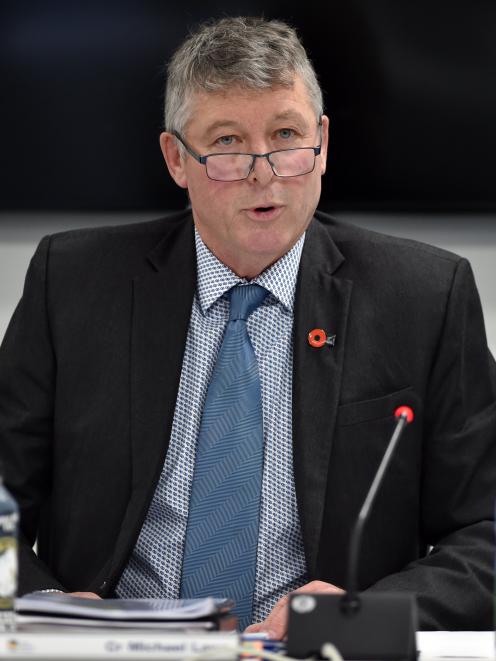 Andrew Noone
Farmers are frustrated and conservationists say the Otago Regional Council could be headed down a path to legal woe.

But the council said it entered new territory at the weekend with the first regional policy statement to be notified under freshwater rules that came into effect last year.

The council began a 10-week consultation process on its overarching regional policy statement on Saturday.

Council chairman Andrew Noone called the policy statement’s notification a significant milestone for the council still working to overhaul its planning framework.

"A considerable amount of work by staff, governance, and stakeholder reference groups has gone into this document, and I’m very proud of what’s been achieved in a tight timeframe," he said.

In the new document’s foreword the council recognised "the ink is hardly dry" on the policy statement to be replaced, the 2019 partially operative regional policy statement.

But a new regional policy statement was needed to set the stage for work on the council’s forthcoming land and water regional plan, it said.

Because councillors decided the policy statement fitted the bill for a new freshwater planning process to speed up plan making, after the normal notification and submissions periods, a public hearing of those submissions is to be conducted by a freshwater hearings panel.

Federated Farmers Otago president Mark Patterson said he would be concerned if the make-up of that panel did not include people who understood the practical concerns of Otago’s farmers.

But generally the pace of change did not sit well with Federated Farmers.

"We are enormously frustrated at having to go through this process again when we are still in mediation for plan changes 1, 7, and 8 to properly give effect to the last report," Mr Patterson said.

"It’s been hugely resource-hungry to get to the point we’ve got to now, and then if we have to, essentially, start again, that will be really frustrating."

There were many provisions in the policy statement that had little to do with freshwater, and the Resource Management Act made it clear the new planning process was just for freshwater related matters, Mr Zwaan said.

The council had dragged its feet "for far too long" when it came to making adequate rules that looked after the region’s plants, rivers, and coastlines.

Now, using the new process for the policy statement in its entirety risked a successful legal challenge at the end.

Any gains for the environment through the policy statement would be again delayed, he said. Forest & Bird and the Environmental Defence Society (EDS) last week jointly asked the council to seek clarity from the Environment Court now, rather than the end of the process.

In a letter provided to the Otago Daily Times, the groups jointly argued the core risk they foresaw was that "due to an inadequate and arguably unlawful process, the RPS [regional policy statement] in its entirety could be successfully appealed at the end of the process by parties who are not happy with it".

"This would mean a waste of a huge amount of time, money, and effort by everyone who engages in it.

"While hypothetically, Forest & Bird or EDS may be one of those parties who chooses to do that in the future, there is arguably a higher risk from groups who have vested interests in being able to continue to extract resources at unsustainable rates and pollute an already stressed environment.

"These groups would benefit from delays that enable them to continue to operate under the operative plans in the interim."

You might of thought that after 30 years at the helm the ORC would have written plans that at least worked. It’s time these issues were taken over by central government. If they can’t get it right after 30 years they never will. Save our money and abolish these ignorant wasteful councils.