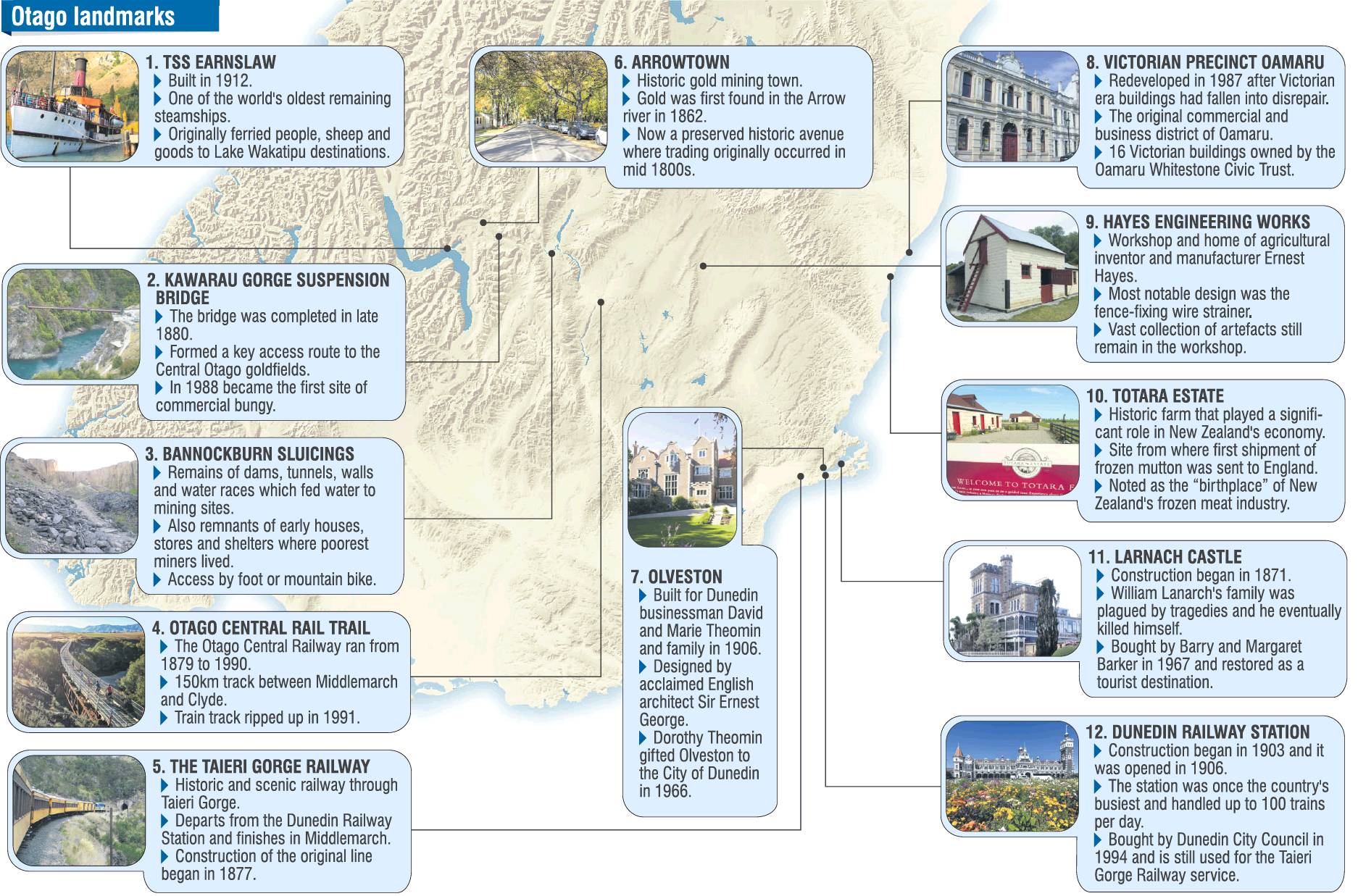 A selection of Otago's most prized cultural and historical sites has been named in a heritage programme to recognise landmarks that have had a significant impact on the history of New Zealand.

It comes after a similar initiative was launched to recognise nine landmarks in Northland last year. The 12 ''significant'' Otago landmarks in the Otago Landmarks Whenua Tohunga were announced by Dunedin North MP David Clark yesterday. 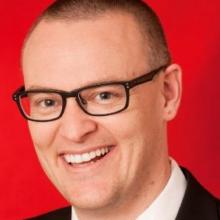 The Otago Landmarks Whenua Tohunga programme is part of a wider and joint initiative between the Ministry for Culture and Heritage, the Department of Conservation (Doc) and Heritage New Zealand.

Olveston House, where Dr Clark made the announcement, was one of the 12 sites identified in the Landmarks Whenua Tohunga initiative.

The landmarks are identified as high-quality cultural and historical experiences.

At the announcement, Dr Clark said it was great to acknowledge the landmarks across Otago as national sites of significance.

''Too often we're missed at this end of the country.''

The landmarks were spread across the region and would present an opportunity for tourists to visit during the off season.

The programme was part of the Government's plan to encourage regional development.

The sites of Maori significance had not been ''left out'' and would be included ''as soon as possible''.

She said the Government's initiative identified the most significant heritage sites in New Zealand that ''tell the story of who we are and how New Zealand came to be''.

In the case of Olveston it told an important story of the development of the economy in Dunedin and New Zealand.

Ms Watson said there was a measurable increase in visitor numbers and the awareness of the places in Northland since its Whenua Tohunga was initiated last year.

''These places and the stories they tell will inspire New Zealanders and visitors to our country.''

The Landmarks initiative got under way with the successful pilot in Northland, and Otago is the first region to be added as the programme is rolled out across the country.

The sites were nominated by councils and community organisations in Otago because of their significance to the nation.

He was also pleased that three of the landmarks - the Central Otago Rail Trail, Bannockburn Sluicings and Hayes Engineering Works - were in his district.

It is hoped by identifying the landmarks in the programme that there will be more dispersed tourism.

The landmarks programme aimed to increase the prominence of the locations and showcase them to locals and visitors.